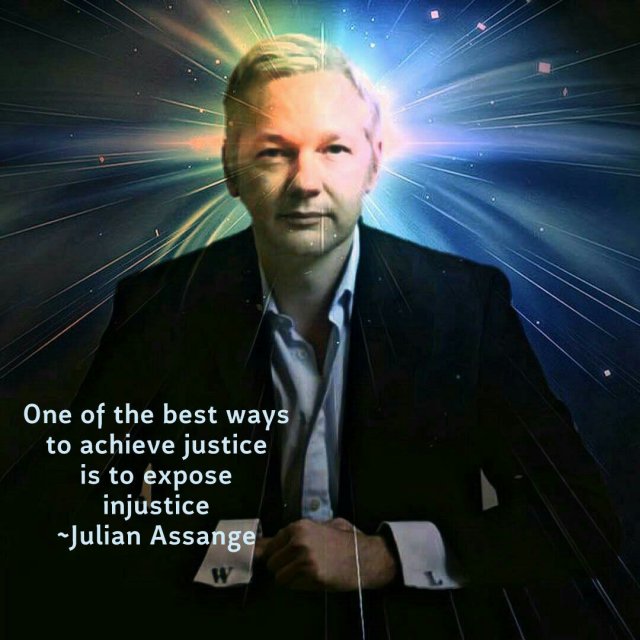 The biggest thing that the headhunt for Assange has revealed is the disgusting corruption in both the U.S. and the U.K. and their lack of respect for their own laws. Not to mention their obvious lack of respect for an individual’s right. This has never been about justice but vengeance for Assange revealing their criminal activity in Iraq and Afghanistan. By exposing their lies and their obvious hypocrisy, he put himself in the dead zone.

The U.K. judicial system would like you to believe that England is the victim in this case. In May, during Assange’s sentencing hearing, Judge Deborah Taylor said to Assange:
“It was difficult to envisage a more serious example of breaching the Bail Act.“

“Firstly, by entering the embassy, you deliberately put yourself out of reach, whilst remaining in the UK.

“You remained there for nearly seven years, exploiting your privileged position to flout the law and advertise internationally your disdain for the law of this country.”

If this wasn’t wasnt hypocritical, I don’t know what is. First of all, he sought asylum. Secondly, the U.K. did not need to spend that much surveilling him. Where was he going to go? He was on a friggin’ island.

In another case of their duplicity is Judge Emma Arbuthnot making the statement in January of 2017 that by no means was Assange in danger of being w5xtradited to the U.S. It took only a few hours for the U.S. to release it’s extradition warrant. Arbuthnot is a conflict of interest due to her husband’s crimes being uncovered by Wikileaks, but refuses to stand down in the Assange extradition case.

The U.K. government promised Ecuador that they would not extradite Assang5w to a country where he could face the death penalty. This promise was the biggest example of their deceitfulness. It also appears that MP Alan Duncan has reiterated this. (See below) 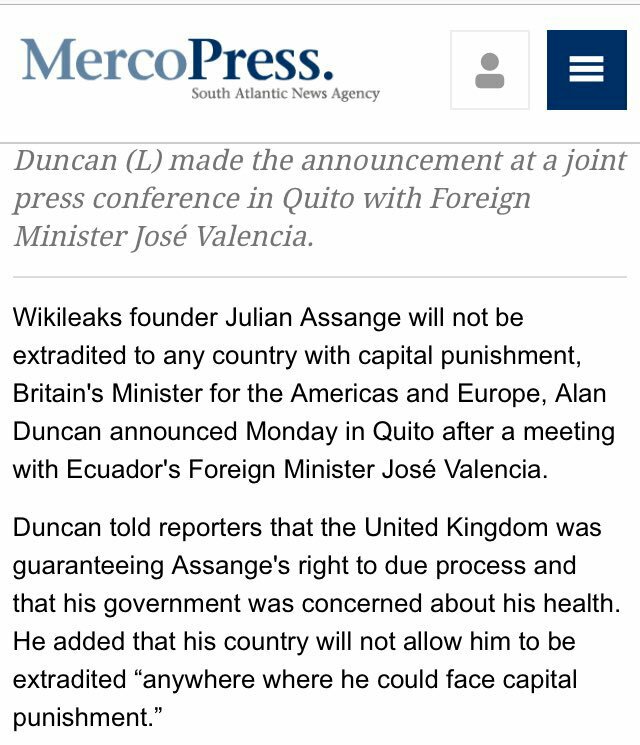 They make statements like this, yet the trial to decide Assange’s fate continues. So while Julian is slowly massacred by the U.K. and the U.S., media continues to attempt to turn people against one of their own so that when he is extradited, no one eull make a fuss.

It is obvious that both the U.K. and the U.S. are not only liars and criminals, but want to hide their true faces from the public. Truth and justice are no longer their motto, but crime and persecution are. It is time these governments and their evil judiciary systems are held accountable for their misdeeds.

One thought on “The Hypocrisy of the United Kingdom Regarding Assange”