UNESCO sponsors the World Press Freedom day, but very few politicians spoke for what it really stands for. In fact, most spoke more for silencing their opposition. In an article on WSWS.org:

UNESCO holds the event, it avows, to celebrate “the fundamental principles of press freedom, to evaluate press freedom around the world, to defend the media from attacks on their independence and to pay tribute to journalists who have lost their lives in the exercise of their profession.”

Yet not a single speaker brought up the imprisonment of the world famous, award-winning Nobel Peace Prize Nominee Julian Assange. The Wikileaks founder sits in jail for exposing war crimes in Iraq and Afghanistan because he believed in the principals of what true journalism should be. He stood up to the powers that be when no one else was willing to and did not bend.

WSWS also pointed out:
If UNESCO and the rest of this crowd were serious about “disinformation” and “misinformation,” in any case, they would present as Exhibit No. 1 the American media’s mendacious and calamitous campaign over “weapons of mass destruction” in Iraq, the greatest “fake news” operation of modern times by far, which has led to the death of more than one million people and the devastation of an entire region.
How is it possible for Hunt, on the one hand, to announce that he and other officials are launching “a global campaign to protect journalists doing their job and promote the benefits of a free media,” and, on the other, to do his utmost to muzzle and, if possible, silence Assange forever?

The people who stood up and spoke are truly the hypocrites of this world. They are allowing one of the greatest journalists of our time to slowly be martyred and possibly be extradited to the U.S. where his voice will definitely never be heard again. If he gets the death penalty in the States, they will be responsible for the death of journalism and the beginning of a worldwide dystopian government. God forbid. 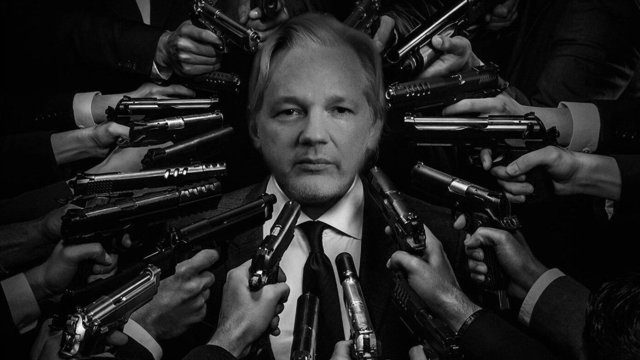 Truly the World Press Freedom day is about men and women like Assange, some of which have given their lives. It’s not about celebrating media that centers itself on propaganda and spreading lies. It should be about true press freedom. Instead this year’s celebration was a farce and a hypocritical display worthy of grief. 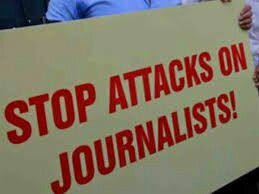