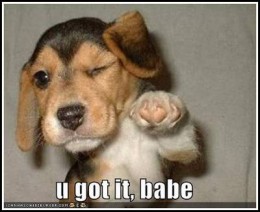 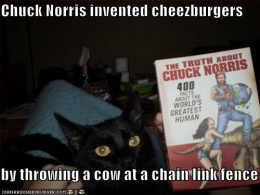 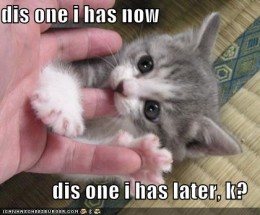 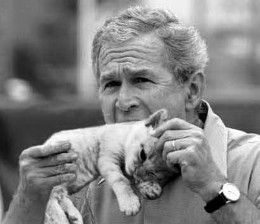 I don’t think a caption would be appropriate for this one, do you?

I Bet You Didn’t Know That

20. Your ear lobes line up with your nipples. Looking in the mirror aren’t you? It’s true, unless you have breast implants done.

19.If all the people in China stood on a chair and jumped at precisely the same time it would knock the earth out of it’s orbit. Don’t get any ideas people.

18. When the Egyptians conquered Libya in the 13th century AD they took 12,300 penises as trophies. Better than a scalping I would say.

17. Antartica is the only continent without snakes and reptiles. Hmmm…. pretty smart if you ask me

16. When George Lucas was mixing the American Graffiti soundtrack, he numbered the reels of film starting with an R and numbered the dialog starting with a D. Sound designer Walter Murch asked George for Reel 2, Dialog 2 by saying “R2D2”. George liked the way that sounded so much he integrated that into another project he was working on.

15.The state of Tennessee was known as Franklin until 1796. Franklin Tuxedo just doesn’t have the same ring to it.

14. The longest cells in the human body are the motor neurons. They can be up to 4.5 feet (1.37 meters) long and run from the lower spinal cord to the big toe.

13. Alexander the Great and Julius Caesar were both epileptic.

12. A lot of lovemaking can unblock a stuffy nose. Sex is a natural antihistamine. It can help combat asthma and hay fever. Hmmm… maybe I should try this.

11. A Chuck Norris-delivered Roundhouse Kick is the preferred method of execution in 16 states. I had to throw this one in there… Chuck always gets his man you know?

9. The three candidates who ran in the 1992 U.S. presidential election, George Bush, Bill Clinton and Ross Perot were all left-handed.

8. A hard working adult sweats up to 4 gallons per day. Most of the sweat evaporates before a person realizes it’s there, though!

7. The human body produces it’s own source of alcohol 24 hours a day, seven days a week

6. On the US five dollar bill, the number 172 can be found at the base of the bushes on the Lincoln Memorial.

5. With a speaking speed of 350 words a minute, JFK was the fastest speaking president of the US. He had a lot to say, and it’s too bad we didn’t get to hear more of it.

4. The first known contraceptive (birth control) was crocodile dung used by the Egyptians. I suppose the smell alone would deter you.

3. A duck’s quack will not echo and there has never been found a reason why.