Many people see this catastrophe as the arrest of one man, a journalist who exposed the truth, but there is so much more involved.

This is a case of human rights for anyone who dares seek asylum. It destroys the idea that a person will be safe by getting refuge. It shows how a change in government can be the end of an asylee’s protection. In Ecuador’s case, it exposes how one corrupt government can go against it’s own Constitution to obtain loans from another country.

Assange’s case is about torture. It is about isolation and the right to obtain healthcare. It is about being illegally detained without sunlight and fresh air. It’s about following international law written to protect the individual from cruel and unusual physical and psychological punishment. If they can get away with it with one person, they can do it to us all for any reason.

The question raised is when do we put our foot down when an empire oversteps it’s boundaries? When does extradition constitute an international crime?

By imprisoning Assange, it reveals how the US, UK and Ecuador conspired together to hide their own corruption and punish the journalist and publisher for exposing them. It is an act of imperialism and force when the US empire decides to bully other nations into submission. It also shows how one person can change the world for the better if he is willing to sacrifice himself.

By bribing Ecuador with a 4.5 billion dollar IMF loan, the US government was able to obtain Assange. This isn’t a supposition, this is fact. Literally within days of the arrest of Assange, President Lenin Moreno came to the US to sign papers for the loan. This is both governments rubbing salt in the wound to their Constitutions. It is one of the biggest examples of imperialism today.

Then their is the enormous blow to free speech and press freedom. The injury to these rights may never heal. This will result in the death of both as we know it.

It is literally a war being fought for our right to know and government transparency. By prosecuting Assange, the government is winning. We are allowing our elites to rule us like masters and lords. We cannot fight if we don’t know what we are fighting against. Do the elites own us?

Freedom itself is at stake here. Every time we witness a crime against humanity and we do not fight back, we give up another piece of our rights and independence. We are as guilty as those perpetrating the injustice being done. We aid them in their ability to get away with it.

The persecution of this man is a crime to humanity, to our rights, to our ability to speak out and to our freedom. Are we going to allow these offenses against us to continue? Literally speaking, WE ARE ALL ASSANGE! 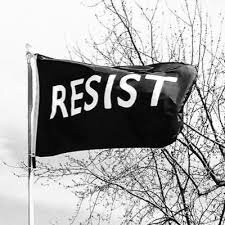