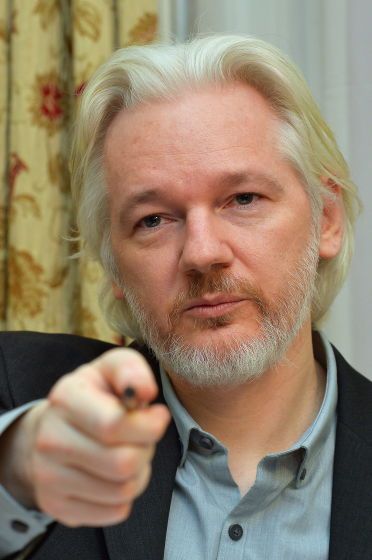 It has become obvious to anyone paying attention that both the British government and the U.S. government want Assange to die in prison.  In his last court hearing, he was unable to attend according to rumors because he was so unwell.  The state of his health and the lung condition he has makes him all the more likely to contract the Coronavirus.  By not granting him bail when he is only a remand prisoner and has not been found guilty of anything shows how little they want him alive.  What are they so afraid of?  He is one man against two governments, one of which is an empire and a superpower.

By willingly put Assange’s life at stake, they are committing murder.  We know as Covid-19 spreads that non-violent prisoners everywhere are being released to protect them.  Why not a journalist who never broke a law by publishing war crimes that the public needed to know?

It has also become evident whose side Vanessa Baraitser is on.  By treating Assange with such malice, she certainly is not on justice’s side.  Besides, who is she anyway?  No one had even heard of her before Assange’s incarceration.  She wants to put his partner’s name out for the public and put this woman’s life at stake, yet there is no evidence of her even having a past.  Is Baraitser even her real name?  Where does she come from even?

With everything being locked down if Assange were to run, where would he even run to?  He cannot even get out of England to go to Ireland without papers let alone any other country.  In his current condition, he is not healthy enough to even travel.  Julian Assange is dying and the British government is hoping he dies from the Coronavirus.  They may think this is an easy way out but everyone involved in his death will be held accountable.  Not only by society today but in the future.

As if the above is not enough, according to an article seen https://www.computerweekly.com/news/252481299/Judge-refuses-to-delay-Assanges-extradition-hearing-over-coronavirus-pandemic

“District Judge Vanessa Baraitser says extradition proceedings will go ahead against Julian Assange, after his lawyers argued that the coronavirus lockdown means they cannot prepare their defense”

Literally because of flights in and out of the U.S. not being allowed, many of the witnesses cannot attend the hearing.  Yet, Vanessa Baraitser refuses to postpone the hearing.  She stated they could appear by video link.  Putting their lives and Assange’s life in danger does not even phase this unjust judge.

In the above article:

Barrister Edward Fitzgerald, representing Assange, said his lawyers had been unable to communicate with their client or take instructions from Assange since before the lockdown.

“It is an exceptional situation we find ourselves in. We cannot do justice to Mr Assange if the case goes ahead in May,” he told the court.

District Judge Vanessa Baraitser said that the case should be heard quickly and that the second part of Assange’s extradition hearing was still five weeks away.

So tell me your honor, where is justice?  Do you understand anything other than treating Assange like a hardened terrorist?  Have you even read any of the facts in this case?  Or are you just sitting there waiting to slam your gavel down to put a journalist away for life?  It is obvious you don’t give a damn.

Please, please contact your elected leaders, the British judicial system and anyone who will listen to help save this man’s life.  He depends on the working class.  His children depend on you to save their father.  His family does too.