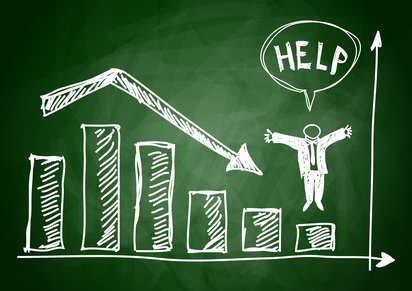 I was driving home from getting groceries today and had time to think.  I was thinking about the negative impact the Coronavirus will have on the economy and small businesses.  If this continues much longer, small family businesses will go bankrupt as they don’t make any money during this time of tragedy.

Do you know who benefits?  The elite.  Big corporations.  The establishment.  This will put Mom and Pop shops nonexistent because you can’t pay your bills if you have no customers.  The ones who will survive are the big boys.  The huge corporations that make billions.  Places like Walmart and Amazon and the drug companies.  It almost seems to be on purpose so they can create monopolies and control prices, doesn’t it?  It almost makes you wonder if they didn’t use this as an excuse to destroy the little guys.

If that isn’t enough, guess who is getting the big bailouts right now from the government?  Not the small entities or the little guys, It’s actually the big corporations who already get corporate welfare and go from stimulus to stimulus.  The assholes at the top are getting bailed out again.  Those of us who need help because we have no jobs are getting a small 1200 dollars.  1200 dollars won’t pay the rent in some areas!  Are we supposed to all starve while we wait for unemployment to kick in and to get that measly 1200 dollars?  Why does our government including Trump think that this will help those of us who live paycheck to paycheck? Something is wrong with our system when only the rich get richer and the poor get poorer.

Many people who are actually getting tested for the virus are paying upwards of 7 grand for a simple test.  Imagine having a bill that big if you don’t have any kind of insurance.  If your job was shut down in March like most of us, your insurance ran out on April 1st.  This is going to bankrupt most of the country while the big dogs are rescued.  This is not fair.  Isn’t it time Americans put their foot down and said enough is enough.

The only good thing this outbreak proves is that money doesn’t trickle down, it trickles up.  Without the low people buying your product, you will go bankrupt.  The elite should keep in mind without us their billions will be nonexistence in a matter of time.  In fact, if you want a peaceful way to make change happen, boycott their asses.