After Judge Baraister realized how little time Belmarsh was allowing his lawyers to see him, she decided to allow him time with them today and on Thursday. It seems to have effected Assange in a positive manner. (See pics below). 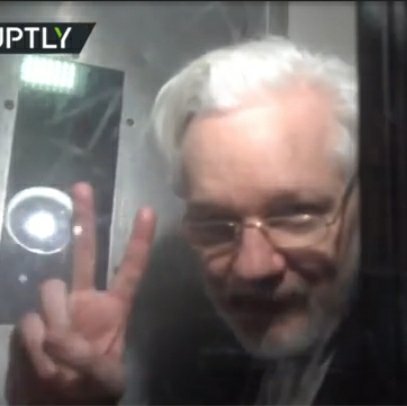 Also, Nils Melzer, the U.N.’s special rapporteur on torture, in recent tweets made the following statement:

#SRTorture to @foreignoffice: “The conduct of the UK Govt in the #Assange case severely undermines the credibility of the UK’s commitment to the prohibition of torture & ill-treatment, as well as to the rule of law more generally”

@foreignoffice: “UK does not participate in, solicit or condone torture”

Yet: UK Govt flatly refuses to discuss & investigate #SRTorture findings regarding the #torture of #Assange . @foreignoffice: “Journalism is not a crime!” (https://t.co/a97EAUOIeC).

Yet: The UK Govt arbitrarily detains, abuses & plans to extradite #Assange to the US under ‘espionage’ charges for publishing evidence of war crimes & corruption.

@foreignoffice: “The UK has a close working relationship with UN bodies & supports the important work of the #SRTorture”

Yet: Throughout 2019 the UKGovt has consistently ignored ALL allegations, concerns & recommendations submitted by #SRTorture.

@foreignoffice: “The UK is committed to the rule of law”

Yet: No branch of Govt seems to see any problem with #Assange’s most basic due process rights being consistently & blatantly violated by the UK

#SRTorture to @foreignoffice: “It is high time to quit talking the talk & start walking the walk!”

The U.K. has repeatedly ignored the U.N.’s repeated requests to free Assange. They ignore international law and human rights by their treatment of Julian Assange. As Nils said, “Its time to walk the walk.”