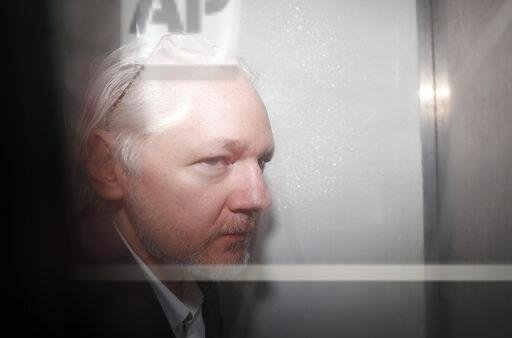 2 doctors who wanted to access to Assange’s deteriorating health were blocked from yesterday’s court hearing at Westminster’s Magistrate Court. They wanted to view Assange via video link to get a better idea of his health status.

According to an article in WSWS.org seen here:

Dr. Chiesa and Dr. Morgan are among more than 100 doctors from around the world who have issued three open letters to the UK and Australian governments since November 25, protesting Assange’s brutal persecution and garnering worldwide media attention and public support. The doctors have acted on their duty to report torture and have called for Assange’s urgent transfer from Belmarsh Prison to a proper hospital setting.

On the eve of yesterday’s hearing, Dr. Stephen Frost, a lead signatory for Doctors4Assange, issued the following statement:

“That it is deemed necessary for senior medical experts to attend today’s hearing to observe Julian Assange from the public gallery via video link points to the extreme recklessness of the UK government’s continued arbitrary detention of Julian Assange and the psychological torture which results from that, as stated by the UN Special Rapporteur on Torture, Nils Melzer. We repeat that it is impossible to assess adequately let alone treat Mr Assange in Belmarsh prison and that he must as a matter of urgency be moved to a university teaching hospital. When will the UK government listen to us?”

As Assange languishes in solitary confinement 23 hours a day, over 100+ doctors worldwide have signed the open letter demanding he be released and treated at the best hospital possible due to his prolonged torture. These requests have been ignored by the British government.

Over 900 journalists have now signed a separate petition as well for his release, still no action.

⁦ “The rights of Julian Assange have been violated at all stages. Britain does not respect the rule of law in this case. Does this look like a plot? Absolutely”.

Before and after shot of Assange.what ten years can do to you while being persecuted.

The U.S. and U.K. have obviously venomously plotted out their strategy to destroy this truth teller out of vengeance for their crimes being exposed. Anyone who has a bit of morality can see how unfair this is. How can one man get justice from 2 of the biggest super powers in the world? He can’t. Only the People rising up and demanding justice for this hero can get results.