The 2nd lawsuit by the DNC against Wikileaks has once again been dismissed. The lawsuit was from the DNC against WikiLeaks, Julian Assange, The Trump campaign, “Russia” et all. It was thrown out on 1st Amendment grounds stating the 1st Amendment protects publication of documents even if they’re stolen. With this the (BillClinton appointed) judge confirmed WikiLeaks and Julian are protected by the 1st Amendment. We already knew that, of course. The lawsuit was dismissed “without prejudice” which means it’s now over, it cannot be filed again by the DNC. 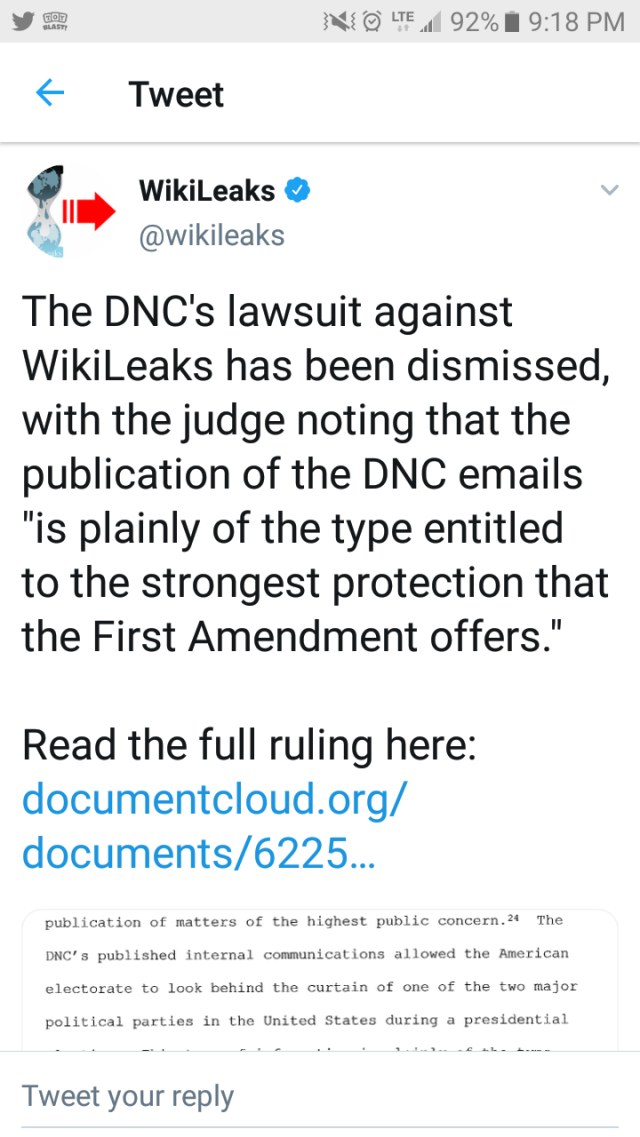 The judge appointed by Bill Clinton cited the Pentagon papers in relation to publishing stolen papers. This may set a precedent on the prosecution of Assange. Hopefully, it will be taken into consideration if he is extradited.