The 30th Congress of the International Federation of Journalists has called the United States government’s indictments against publisher Julian Assange a threat to journalists everywhere. In a statement seen here by europeanjournalists.org:

“Uncovering secret or classified information relevant to the debate in society is at the heart of media’s public mission. By publishing information that powerful stakeholders want to keep undisclosed, media can contribute to keep those in power accountable. It is therefore crucial that the publication of such material lies within the freedom of the media, even when authorities wish to keep the information undisclosed,” says a statement issued today by the executive committee of the Norwegian Union of Journalists.

The IFJ and EFJ believe that this indictment would criminalise journalistic inquiry by setting a dangerous precedent that can be abused to prosecute journalists for their role in revealing information in the public interest. By following this logic, anyone who publishes information that the US government deems to be classified could be prosecuted for espionage.
IFJ and EFJ join the Norwegian Union of Journalists in denouncing this attempt to restrict media freedom and to limit the media’s ability to hold powerful players responsible for their actions.

Top media experts everywhere have concluded the same thing. The Trump DOJ is attempting to silence all media and in his efforts, will destroy press freedom and the 1st amendment of the Constitution of the United States of America. This cannot happen if the people of the world want to hold their governments accountable. In their effort to silence Wikileaks, they will set a precedent against all journalists, who report on U.S. military operations, politics or government interference, that they may be charged with espionage and be extradited to the U.S. 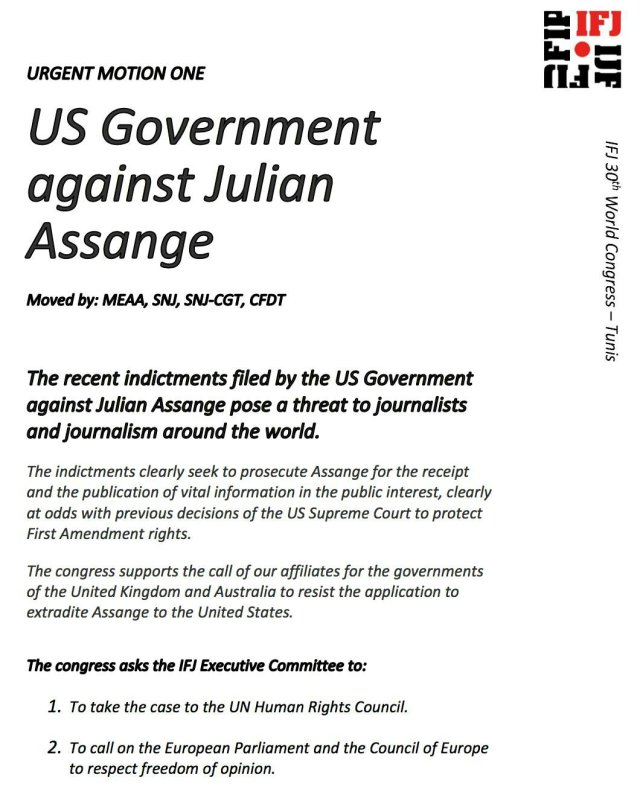 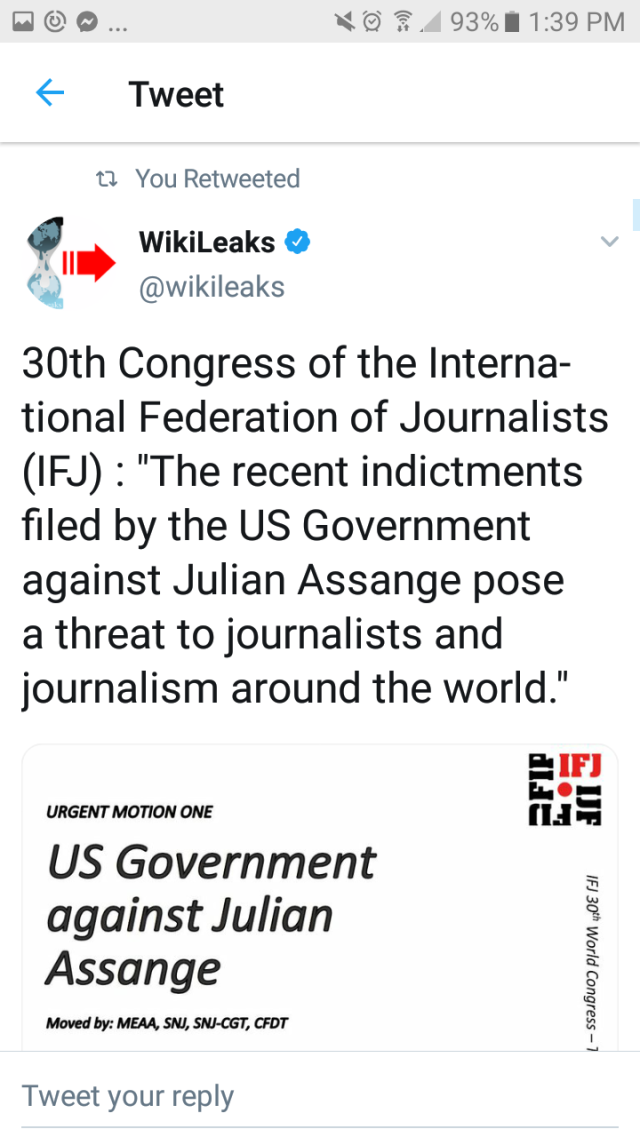