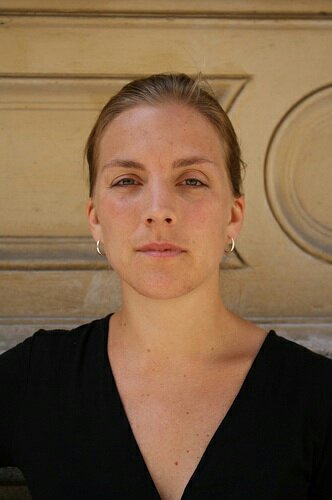 Anna Ardin, one of the infamous women who accused Assange of sexual molestation,(who had in the past accused someone else of molestation as well) was seeking revenge for him dumping her. She then coerced Sofia Wilen to go to the cops with her over STD tests when in fact it was vengeance she sought and she definitely got it. How do I know?

Let me explain….Ardin at the time she accused Wikileaks founder, Julian Assange, of sexual molestation, was well known as a faux feminist who believed men kept their dominance through sex. When she wrote this blog post, she also stated that she was thinking about getting revenge on someone. The article she wrote, titled “7 steps to Legal Revenge” I have shared below:

7 Steps to Legal Revenge by Anna Ardin
Step 1
Consider very carefully if you really must take revenge.
It is almost always better to forgive than to avenge . . .
Step 2
Think about why you want revenge. You need to be clear about who to take revenge on, as well as why. Revenge is never directed against only one person, but also the actions of the person.
Step 3
The principle of proportionality.
Remember that revenge will not only match the deed in size but also in nature.
A good revenge is linked to what has been done against you.
For example if you want revenge on someone who cheated or who dumped you, you should use a punishment with dating/sex/fidelity involved.
Step 4
Do a brainstorm of appropriate measures for the category of revenge you’re after. To continue the example above, you can sabotage your victim’s current relationship, such as getting his new partner to be unfaithful or ensure that he gets a madman after him.
Use your imagination!
Step 5
Figure out how you can systematically take revenge.
Send your victim a series of letters and photographs that make your victim’s new partner believe that you are still together which is better than to tell just one big lie on one single occasion
Step 6
Rank your systematic revenge schemes from low to high in terms of likely success, required input from you, and degree of satisfaction when you succeed.
The ideal, of course, is a revenge as strong as possible but this requires a lot of hard work and effort for it to turn out exactly as you want it to.
Step 7
Get to work.
And remember what your goals are while you are operating, ensure that your victim will suffer the same way as he made you suffer.

This particle blog post can be found in a book by Andrew Fowler as well, (seen here)It is obvious that Ardin felt cheated on when Assange went to have sex with Wilen. She felt he was hers. By coercing Wilen to go to the police she felt vindicated. She has gotten her legal revenge for him not making her number one. If you look at Step five, note she says get even with both the ex and the new girlfriend.Sofia Wilen bawled and felt railroaded when she found out they wanted to go after Assange for rape. She refused to sign the document accusing him of sucb but Sweden proceeded anyway.
This is how vicious she is in her mind. she was willing to lie and falsely accuse Assange (who by her own hypothesis, includes not just those who cheated on you but also includes those “who dumped you”). By Anna Ardin’s sense of “morality” it’s ok to ruin a guy’s life because you don’t like the fact he “broke up” with you, (even though he is guilty of nothing but moving on.)Also according to the article above citing Anna Ardin’s blog is this statement:

Essentially, what has emerged in the thread comments, especially on Sunday, is that the probable first complainant, Anna Ardin, posted a blog entry in January about the stages of revenge, and may have worked for a time, in an intern-like job, for the Swedish government in Washington DC and possibly elsewhere. Although the second of these is still up in the air she is an utterly fascinating and extremely complex person, to say the least.

Regardless of if she has any U.S. government connections, she certainly destroyed Assange’s life with her revenge plot. If Julian dies in jail, she has his blood on her hands. I hope she is satisfied.

4 thoughts on “How A Swedish Woman Took Revenge on Assange”