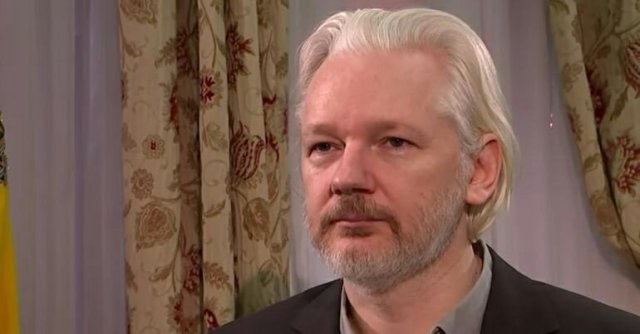 Today the U.N. special rapporteur on torture released his findings in the Assange case and urged the U.K. to not extradite Assange to the U.S. or any country that would extradite. The question remains since the British government has ignored their rulings so far in this case, so will they listen now?

“Our finding was that Mr. Assange shows all the symptoms of a person who has been exposed to psychological torture for a prolonged period of time. The psychiatrist who accompanied my mission said that his state of health was critical,” Melzer told Reuters in an interview in Geneva.
“But my understanding is that he has now been hospitalized and that he is not able to stand trial,” he said.

“Mr. Assange has been deliberately exposed, for a period of several years, to progressively severe forms of cruel, inhuman or degrading treatment or punishment, the cumulative effects of which can only be described as psychological torture,” Melzer said in a statement.

The Swiss law professor declined to identify judges or senior politicians whom he accused of defaming Assange, saying “dozens if not hundreds of individuals” had expressed themselves inappropriately.

“Here we are not speaking of prosecution but of persecution. That means that judicial power, institutions and proceedings are being deliberately abused for ulterior motives,” he added.

“I am seriously, gravely concerned that if this man were to be extradited to the United States, he would be exposed to a politicized show trial and grave violations of his human rights,” Melzer said.

“The main narrative in this affair really is the United States wanting to make an example of Mr. Assange in order to deter other people from following his example,” he said.

“I would much more expect him to be subjected to prolonged solitary confinement, to very harsh detention conditions and to a psychological environment which would break him eventually.”

According to the New York Times:

UN Special Rapporteur on torture: “In 20 years..I have never seen a group of democratic States ganging up to deliberately isolate, demonise and abuse a single individual for such a long time and with so little regard for human dignity and the rule of law”

Julian Assange has been tormented and tortured unlike any other publisher by not one but 4 governments that claim to be democratic and support the rights of the people. It is now time for these 4 governments to own up to their participation in the destruction of Assange and release him. The demonizing of this man has to stop and the media has to begin telling the truth about the goings on now and for the past 9 years before it is too late.

The U.K. government has already stated they intend to respond to the report and that they disagree with many points. It is unlikely they will submit to the U.N.’s requests. Their past corrupt decisions and judicial bias shows their outright contempt for Assange. This history may only be an example of what the British government will do in the future, which is wholly obey their master, the U.S. government.

Only we can save this man with boots on the ground, pens in hand and demanding his freedom as a united force! We elect these individuals to office. They depend on our vote. Don’t hesitate to remind them that they can be replaced.

2 thoughts on “Will The U.K. Listen to the U.N. Special Rapporteur Nils Melzer on Assange?”