Any journalist who now covers military operations must beware! 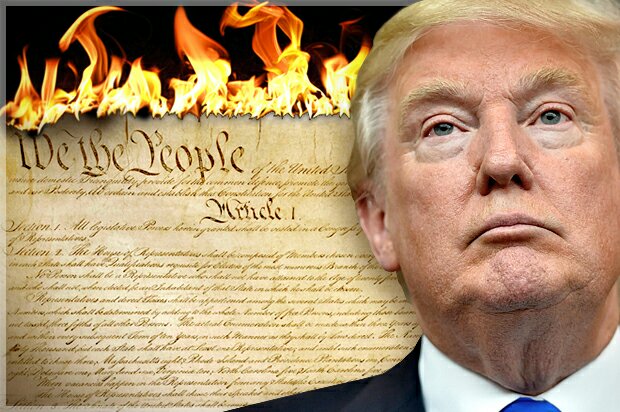 With the 17 indictments against Assange, the war on free press is official led by Trump’s DOJ and his administration. No longer is a journalist safe who uncovers war crimes or anything the State Department deems classified. No one who cares about the lives of the innocent or what is right and wrong is safe. This is a war on justice, the first amendment and human decency! These indictments are in fact any investigative reporters worst nightmare!

The indictments can be found here. Wikileaks response is as follows:

The US Department of Justice indictment states that “Assange, Manning, and others shared the objective to further the mission of WikiLeaks, as an “intelligence agency of the people,”… in order to disclose that information to the public and inspire others with access to do the same.” With this indictment, the Trump Administration seeks to do just the opposite: to cripple the free press and send a message that no journalist deserving of the description is safe from reprisal.

The Department of Justice wants to imprison Assange for crimes allegedly committed outside of the United States. This extraterritorial application of US law is explicit throughout the indictment (“in an offense begun and committed outside of the jurisdiction of any particular state or district of the United States”), thereby classifying any territory in the world as subject to US law.

“Julian Assange is no journalist”, said US Assistant Attorney General John Demers, revealing his unfamiliarity with the First Amendment, whilst also disregarding dozens of journalism prizes awarded to him, including two in the past month, and unaware of UK court rulings and US intelligence reports recognising him as a journalist.

“This is the evil of lawlessness in its purest form. With the indictment, the ‘leader of the free world’ dismisses the First Amendment — hailed as a model of press freedom around the world — and launches a blatant extraterritorial assault outside its borders, attacking basic principles of democracy in Europe and the rest of the world.”

“Today the government charged Julian Assange under the Espionage Act for encouraging sources to provide him truthful information and for publishing that information. The fig leaf that this is merely about alleged computer hacking has been removed. These unprecedented charges demonstrate the gravity of the threat the criminal prosecution of Julian Assange poses to all journalists in their endeavor to inform the public about actions that have been taken by the U.S. government.

Jennifer Robinson, Barrister, said “This is a wholesale attack on freedom of speech, the media and the First Amendment”

The director of the American Civil Liberties Union (ACLU) said the Assange indictment “establishes a dangerous precedent that can be used to target all news organizations that hold the government accountable.”

The indictment carries serious implications for WikiLeaks publishing partners, numbering over one hundred across the globe, including The New York Times, The Telegraph and The Guardian, who collaborated on the publications and may now face co-defendant charges.

The final decision on Assange’s extradition rests with the UK Home Secretary, who is now under enormous pressure to protect the rights of the free press in the U.K. and elsewhere. Press rights advocates have unanimously argued that Assange’s prosecution under the Espionage Act is incompatible with basic democratic principles.

This is the gravest attack on press freedom of the century.

The Assange Precedent: Briefing paper on the precedent set by prosecuting Assange and its profound implications for press freedom

Anyone who cares about freedom should be outraged. This is a direct hit on the Constitution and everything the U.S. ever stood for. It is a disgusting example of tyranny and fascism. This case is a direct threat on democracy and life as we know it. The time to stand up is now!
Today will live on in infamy as the day press freedom was shot down in a blaze of glory!! Trump will be remembered as the man who led the war on the Constitution.

Who will be next?