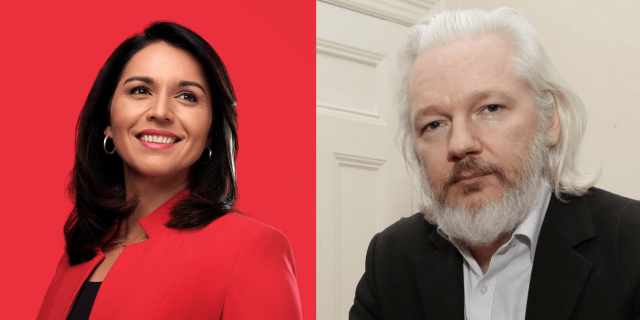 On Joe Rogan’s program, Democrat Tulsi Gabbard said she would drop charges against Assange and Snowden because prosecuting them would have a “chilling” effect on free press and whistleblowers. This is not the first time she has spoken up for Assange either. She is the first presidential hopeful to speak up for free speech and press freedom in the 2020 election.

According to an article in RT:

Appearing on the Joe Rogan Experience podcast on Monday, Gabbard said that conspiracy charges against the WikiLeaks co-founder were a “warning call” to all media and Americans in general that their freedom of expression was in danger.

In another article on RT, Tulsi states:

“This is a threat to journalists,” she told Matthews, “but it’s also something that threatens every American, because the message that we are getting, that the American people are getting is: Be quiet, toe the line, otherwise there will be consequences. 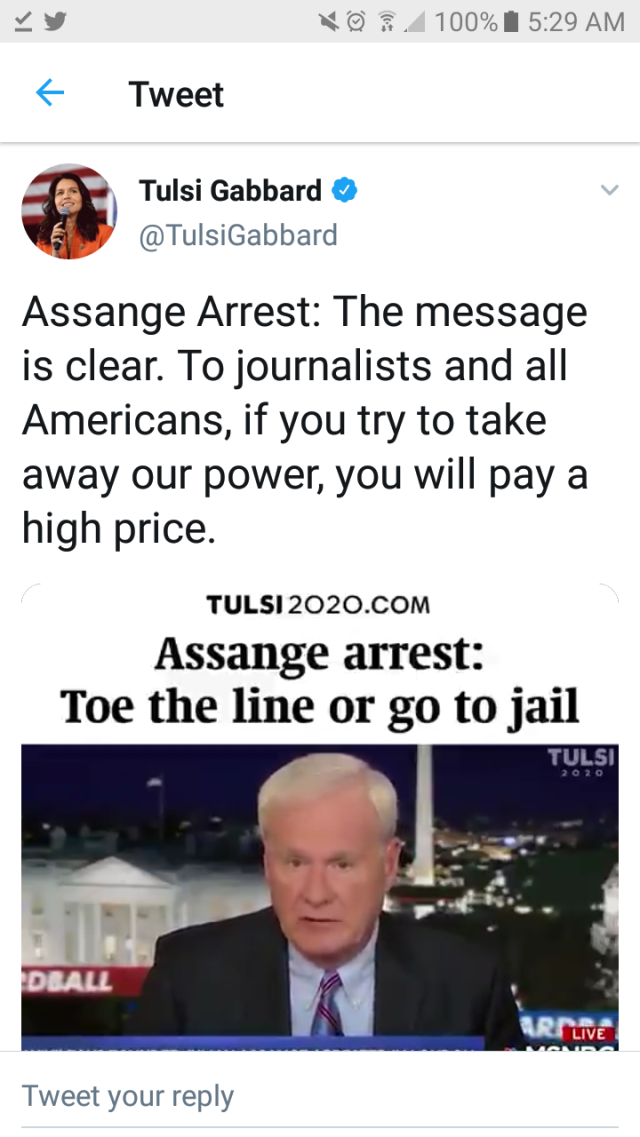 They are calling Tulsi a long shot for President but her support seems to be rising as she speaks out against the possibility of war in Iran and Venezuela. As a Democrat she leans a bit towards the middle and I fully support her as a candidate.

Take a look at her, you might be surprised at what you will find.