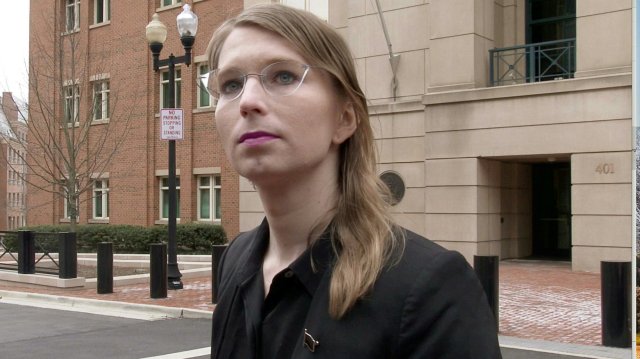 Many call her a traitor. I call her a hero. Why? She did what only a strong, courageous person would do. She saw the military committing crimes against humanity and the Geneva Convention. She saw how sick the war in the Middle East had become and she blew the whistle. She tried going to her commanding officers to no avail. She took her information to several media sources. Finally, Wikileaks was willing to publish it. Assange and his colleagues saw the war crimes and the injustice being committed and exposed it.

Why isn’t she a traitor though? Well let me give you a scenario…

Imagine you are at work, two people you work with have been stealing from the company for years. Someone calls them out on it and they make him disappear. So, first you go to your manager but the manager is in on it too. Next you take it to the police. Nothing. Finally, you call the hotline they offered to report theft and crimes and blow the thing wide open. It’s called whistleblowing. Many companies even have a hotline to call where you can remain anonymous.

Chelsea Manning called that hotline because no one wanted to listen to her. She stood up for her principles. She is still doing so by refusing to testify against Assange in the grand jury to indict him. That’s called loyalty my friends. Something that is slowly disappearing in society today.

She went to jail for 62 days for her principles and loyalty and she will probably be incarcerated again as she has been subpoenaed for a new grand jury. She did her time for releasing the documents she had. She suffered through torture and psychological abuse while in prison. She doesn’t deserve to be reincarcerated. All the evidence was given in her trial. The grand jury is looking for something that just isn’t there. Assange did nothing wrong and should be protected under the 1st amendment as should Chelsea.

Let me remind you that Trump has been waging a war against the press and press freedom since taking office. It is apparent he only wants positive things about his Presidency given to the public. By prosecuting Assange, it sets a precedent against the very press freedom he wants to end. It is an injustice to us all that this secret grand jury even exists. It also proves the U.S. intends to charge Assange under the Espionage Act.

We need to fight for both of them because they stand for our right to know. We have a right to know when our government commits a crime. We have a right for journalists to expose corruption by our higher ups. We deserve transparency because we are the rightful owners of our country. It is our tax dollars funding these terrible wars. We are just as responsible for these war crimes as the military because we pay for it. Do we really want the blood of innocent children on our hands?

We need to thank whistleblowers like Chelsea Manning and publishers like Julian Assange for showing us what our tax dollars are being used for in the Middle East. We need to come down hard on those involved in these horrific crimes.

Stand up for justice and #FreeManning #FreeAssange