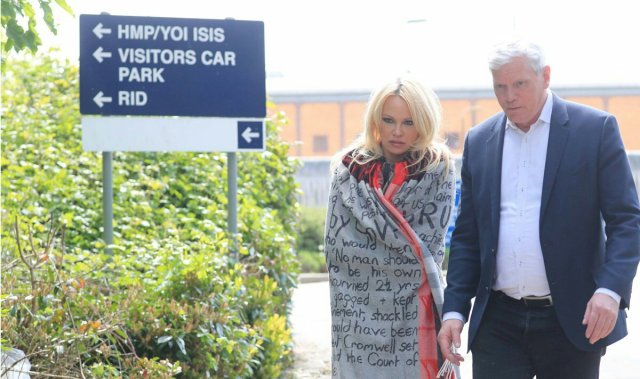 Both Pamela Anderson and Krisstin Hraffnsson were visibly disturbed after visiting Assange in prison this morning. The statement from Hraffnsson showed how badly he felt.

“It is for me shocking to see my friend, an intellectual, a publisher, a journalist, sitting in a high security prison, spending 23 hours a day in his cell, having half an hour a day outdoors if weather allows and half an hour a day to do everything else.

This is not justice. This is an abomination. Someone said you could judge a civilization of a society by visiting it’s prisons and frankly I have to say, from my heart, that this visit did not reflect well on the society here.

This must end. This will be a fight, I can say that. Julian Assange is bent but not broken. He’s an extremely resilient person and I want you to think about that such resilience usually comes from the fact that he knows that he’s innocent.”

Pamela Anderson admitted to feeling “sick and nauseous” after visiting with Julian. She also stated:

“Julian has sacrificed so much to bring the truth out. Justice will depend on public support. We have to keep fighting.”

The conditions in Belmarsh have been compared to Guantanamo Bay prison. In my article Belmarsh Prison: Where They Are Keeping Assange I explain further the abhorrent conditions. Another nickname for Belmarsh used is Hellmarsh as they keep terrorists, murderers and rapists there.

It is an abomination that the UK put a man there who simply broke bail. The treatment of Assange in U.K. prison is only a prelude of what is to come for this hero if he is extradited. As Pam said, we have to keep fighting. There must be an enormous public outcry to save this man from the life and death situation Ecuador has put him in by illegally revoking his asylum. Free Assange! 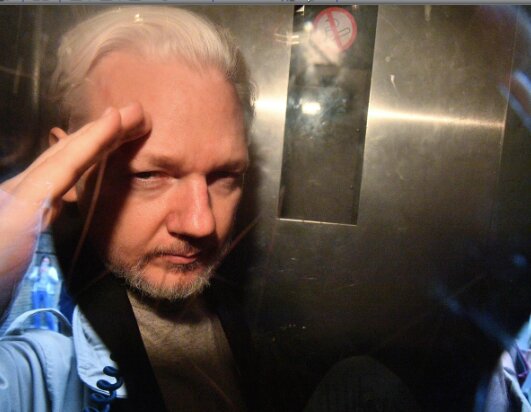