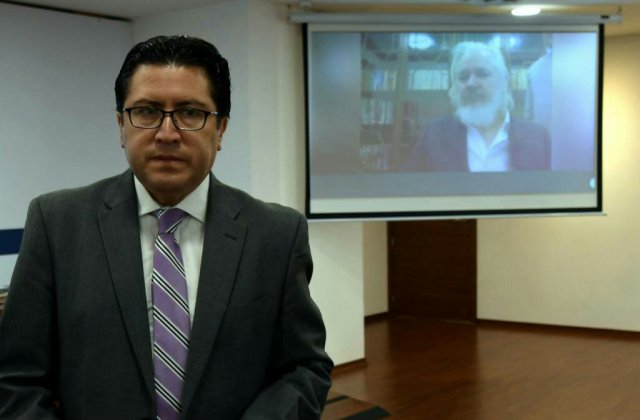 Assange’s lawyer, Carlos Poveda, spoke today on the complaint filed in the prosecutor’s office for spying on Julian Assange in the Embassy while he stayed there. Poveda presented this morning a complaint for alleged espionage inside the Ecuadorian embassy in London. He maintains that around 10 people would be involved; Ecuadorians and Spaniards included.
The complaint filed by the defense of Assange cites 4 crimes allegedly committed inside the Ecuadorian embassy:

3 of the individuals included in the complaint are diplomatic officials and others are employees of PROM security that were used at the Embassy in London.

Recently a UN special rapporteur on privacy, Joe Cannatacci, visited Assange in Belmarsh Prison regarding the invasion of privacy. When interviewed Cannatacci stated there would be more involved in the case and hadn’t reached a verdict at that time. Videos of Assange’s private life have been released by the Daily Mail, a publication in the U.K. similar to the National Enquirer state side.

The purpose of releasing videos appears to be to destroy Assange’s character though everything released so far has done nothing of the sort. Most have only shown Assange attempting to get exercise in his small quarters.

According to Ecuadorian citizen, Jose Rivera, who has been keeping supporters up to date on the goings on in Ecuador stated today in regards to the allegations : 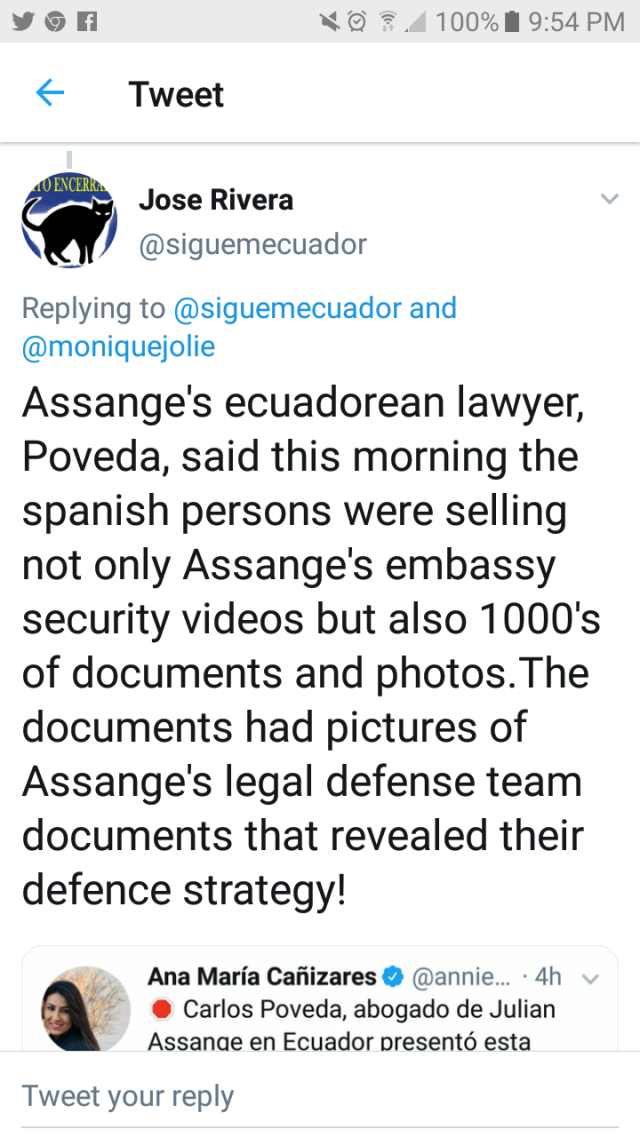 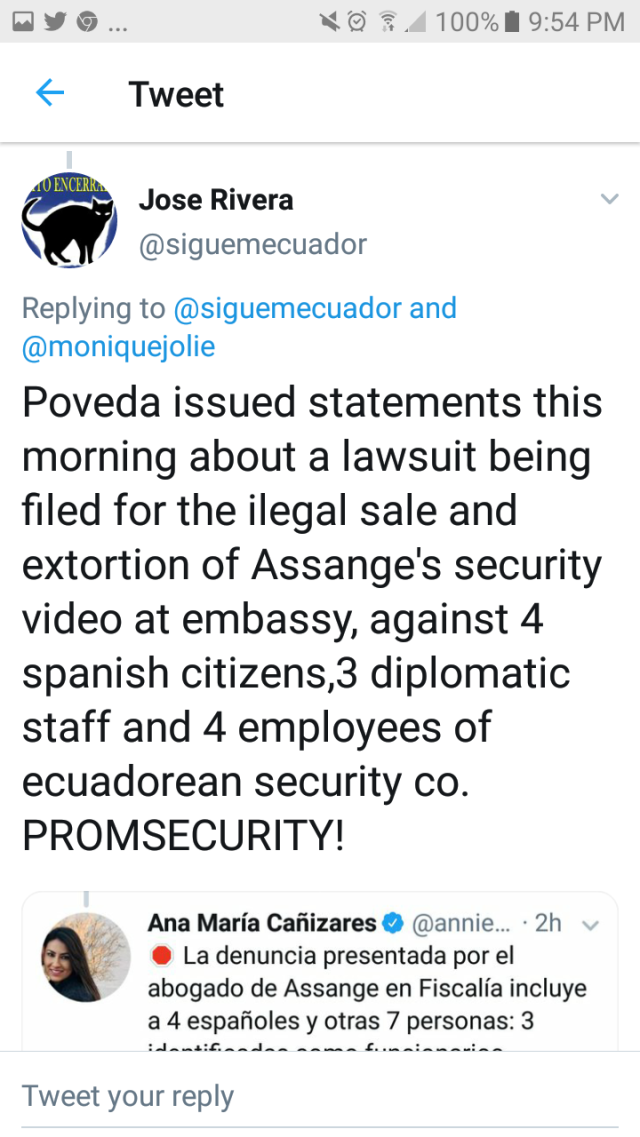 This is not only an invasion of privacy but a breech of lawyer-client confidentiality and would make it difficult for Assange’s lawyer to defend him. This breech is a definitely illegal and should be prosecuted to the highest extent of the law.

With the extortion case involved where 4 Spaniards tried to blackmail Wikileaks for 3 million dollars, Assange’s legal battles will cost him astronomical amounts.

Supporters should donate to http://defend.wikileaks.org.