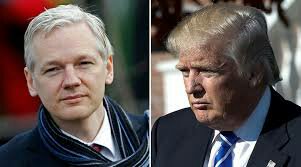 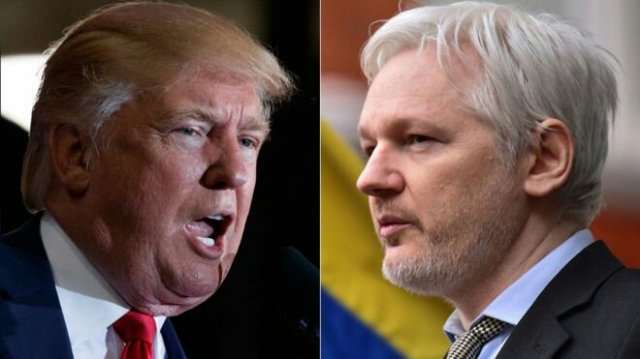 Sarah Sanders states in interview that “Trump was joking about loving Wikileaks” and also stated that “Trump was the first to come down hard on Wikileaks and Assange.” (Link to this is seen here). This only affirms the truth about the President using bribery to coerce Ecuador into the psychological torture used to force Assange out and then expel him. This resulted in the brutal arrest by British Police. 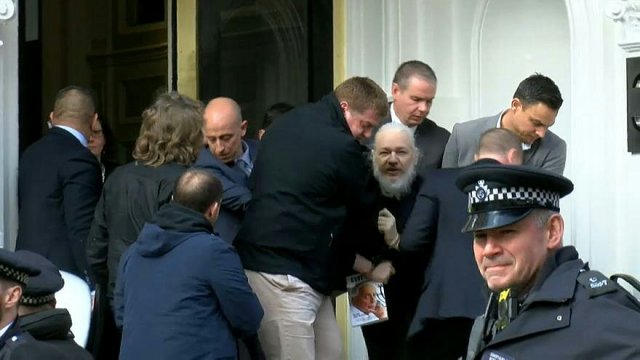 “Wikileaks disgraceful. There should be a death penalty or something.”

Further showing his hypocrisy. It appears that as long as Wikileaks and their founder was useful to him, he “loved” them but when he didn’t need them anymore.

In April of 2017, shortly after he was elected president, Trump told then AG sessions to “go ahead and arrest him”, after Session said, “Arresting Julian Assange is a priority.” (Link to statement here from aljeera.com).

According to the New York Times (link):

“Soon after he took over as C.I.A. director, Mike Pompeo privately told lawmakers about a new target for American spies: Julian Assange, the founder of WikiLeaks.“

“Mr. Pompeo and former Attorney General Jeff Sessions unleashed an aggressive campaign against Mr. Assange, reversing an Obama-era view of WikiLeaks as a journalistic entity. For more than a year, the nation’s spies.”

“Their work culminated in prosecutors secretly filing charges this summer against Mr. Assange, which were inadvertently revealed in an unrelated court filing and confirmed on Friday by a person familiar with the inquiry.“

In Marich of 2018, Assange was put in solitary confinement with access to phone, visitors, or internet access to drive him out of the Embassy in London by Ecuador. A psychological warfare strategy commonly used by CIA psyops was incorporated to break Assange. When Assange proved too strong to weaken under their attempts, the Ecuadorian government tried to frame Assange using a draconian protocol in order to expel him.

The Trump administration coerced the Ecuadorian government by making a deal with them. Assange was sold for 4.5 billion dollars. After charges were filed on against the Wikileaks founder in early April the IMF loan was approved days later.

Trump has proven he wants to silence the press in other ways. Calling out “Fake News”

According to the article on Deadline,

“The Fake News is doing everything in their power to blame Republicans, Conservatives and me for the division and hatred that has been going on for so long in our Country,” Trump tweeted.”

3 days after Assange’s arrest, Trump completwd his 360 by stating (link seen here):
, “I know nothing about WikiLeaks — it’s not my thing.”

If there is any doubt about Trump’s intentions for Assange,
this should leave you doubtless. Trump’s DOJ intends to destroy Assange and Wikileaks with a forceful blow leaving the first amendment shattered. The precedent set by this arrest effects all journalists.

One thought on “Trump Lied During His Campaign About Loving Wikileaks”