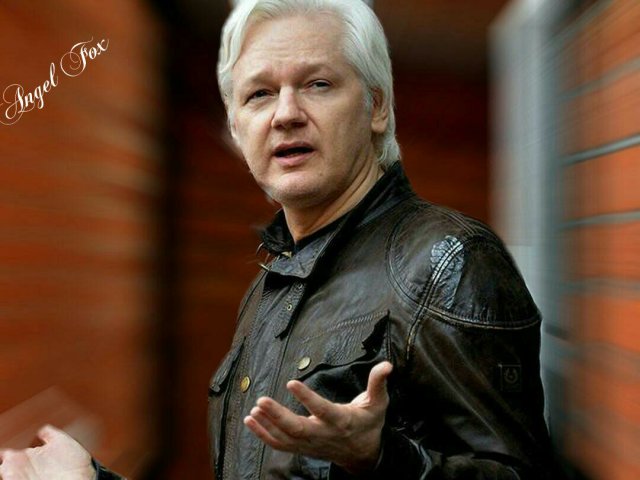 In an interview yesterday, President Moreno claims that Assange and Wikileaks are resposible for the release of the INA papers and also claims that Assange has been hacking private phones and speaking on political matters which he is banned from doing under the protocol put in place. Moreno also stated that he will make a short term decision on Assange’s fate in the embassy. His accusations are below: 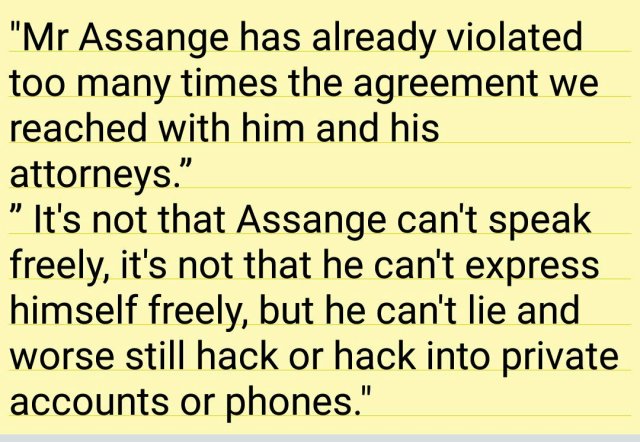 Australian Julian Assange is the founder of Wikileaks and was essentially gagged in March of last year and his internet priveleges removed. It is literally impossible for him to hack anything under the surveillance they gave on him in the Embassy especially since he has no internet access. Also, Wikileaks simply tweeted a link to the INA papers.

Moreno has been accused in a NY Times article of attempting to sell Assange to the United States government in the past. According to some sources for as high as 10 billion dollars. However, Moreno has his hands tied in the fact that the Ecuadorian Constitution clearly states that a citizen of that country cannot be extradited nor can an asylee who has refugee in Ecuador have his status removed. Still he is attempting to please the DoJ by trying every technique he can think of to expel him. As though 8 months of inhumane solitary confinement was not enough, it appears according to some that Assange is now being refused visitors again.

The INA papers expose the offshore corruption that Moreno is involved in. It appears he is seeking some sort of revenge on Wikileaks and Assange for simply tweeting the link. Perhaps, had Moreno kept his hands clean, he would not be facing the trouble he is in.

When will the inhumane treatment of this 2019 Nobel Peace Prize Nominee end? Will the US back down on pursuing charges on a nearly decade old published war crime exposure?

If, in fact, Assange is expelled and extradited, any sort of prosecution will be a kangaroo court intended to hang him under the outdated Espionage Act. He does not stand a chance of a fair trial in the US as the judge who would preside has never been known to rule in favor of a defendant. Not to mention it will set a precedent for journalists who want to publish truth aboyt their governments and the First Amendment may as well be dead. Whistleblowers would then become nonexistent. Life as we know it would be ended shamefully and the future generations would never know true freedom of expression ever again. 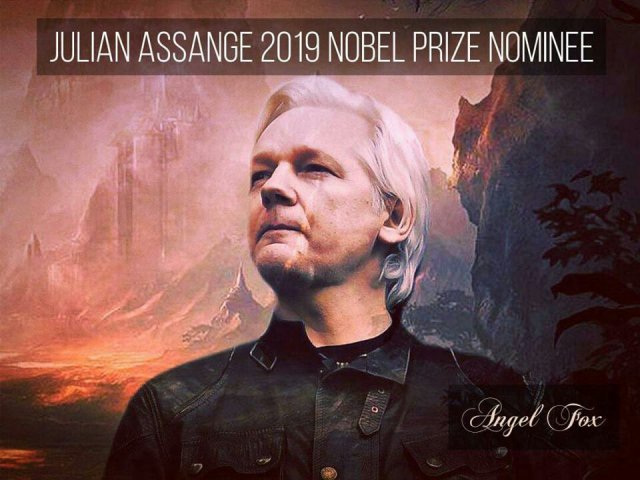 Moreno will be remember as a tyrant and an enemy of freedom if he continues his behavior over the greatest journalist of our time. He is destined to fall as hard as any politician ever can through his corruption and violations of human rights.

We as a people across the world must fight the endless torture of Assange by the villians of our time. For truly Assange is a hero. We need to come to his aid and free him from his bondage by criminals who do not care about the average man. We must Fight to save our own freedoms through freeing him and we must end this tragedy now!