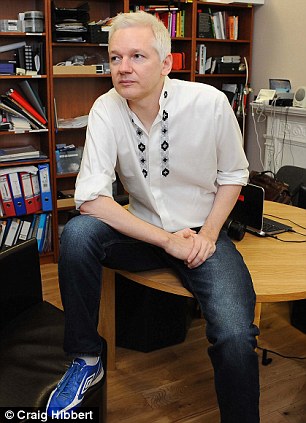 There are some clear statements from senior officials in the United States government regarding Julian Assange, including death threats and the State Department’s intentions towards this publisher.  This article will outline some of these things and show you why 1. Julian Assange took political asylum in the Ecuadorian Embassy in London in the first place and 2. Why Assange is still in danger even under the Trump’s state department.  Please bear with me as this might get long.

I will start with the beginning and what made Assange choose to seek political asylum from the United States to begin with.  Both of these items can be found here 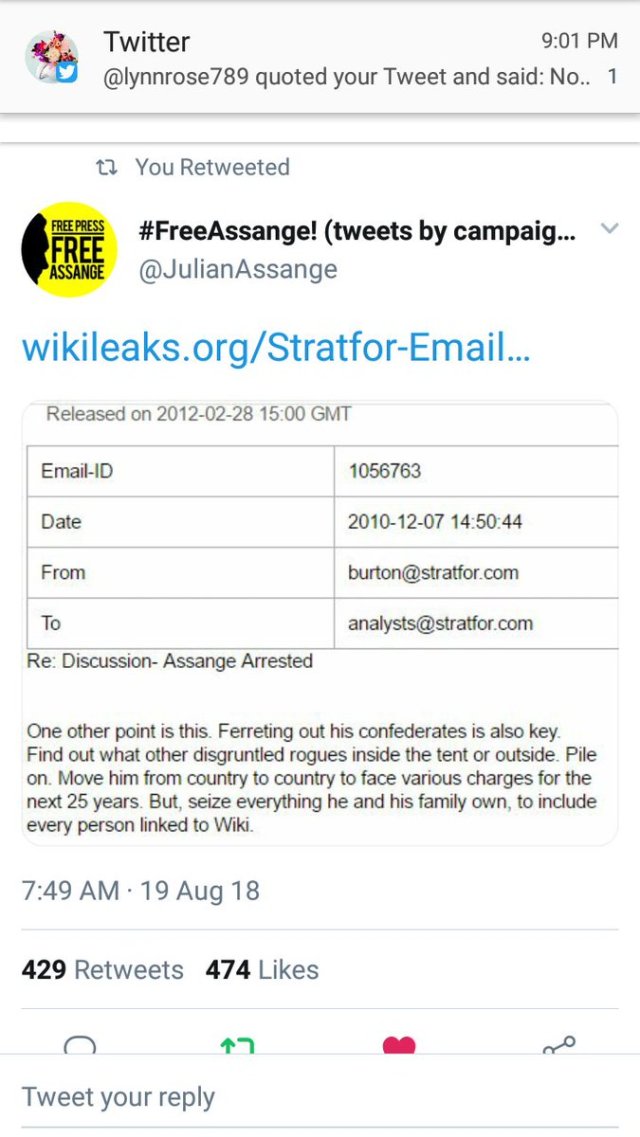 The top tweet includes proof that there is a sealed indictment against Assange and that they intend to torture him.  The second one shows their intentions to pass him around from country to country for him to face charges for upwards of 25 years.  I am sure if you have educated yourself on Assange’s plight you know that he simply published documents given to him by whistleblowers and did nothing illegal that other media hasn’t done in the past and are still doing. (Examples are the NY Times and the Washington Post).

Another statement made by Burton in these emails is as follows:

Burton also says he “would pursue [c]onspiracy and [p]olitical [t]errorism charges and declassify the death of a source someone which [he] could link to Wiki” (1074383). Burton’s strategy is to: “[b]ankrupt the arsehole first,” Burton states, “ruin his life. Give him 7-12 yrs for conspiracy.”

“The owner [Julian Assange] is a peacenik. He needs his head dunked in a full toilet bowl at Gitmo.”

This man’s hatred of a journalist and publisher seems to consume him as he spews his animosity for Assange in emails. Upon reading this, one can completely understand Assange’s decision to seek asylum.  He had no other choice as Britian’s agreement with the United States government found here states:

The treaty has been claimed to be one-sided[3] because it allows the US to extradite UK citizens and others for offences committed against US law, even though the alleged offence may have been committed in the UK by a person living and working in the UK (see for example the NatWest Three), and there being no reciprocal right; and issues about the level of proof required being less to extradite from the UK to the US rather than vice versa.[4]

Among other provisions Part 2 of the Act: Extradition to category 2 territories (non-European Arrest warrant territories) removed the requirement on the USA to provide prima facie evidence in extraditions from the UK, requiring instead only reasonable suspicion.[5]

In other words, the United Kingdom is required by the UK-US treaty of 2003 to extradite regardless even if only on suspicion of an illegal act against the US government by any person.  This is incredibly unjust and a despicable act of overreach and use of government power on the United States’ part.

Some will say there is no longer any danger under the Trump administration of this happening.  However, in April of 2017, the Attorney General, Jeff Sessions stated it was a priority to arrest Assange as seen here .  Mike Pompeo, Trump’s Secretary of State, who was CIA director at the time made this statement as seen here :

But Mr. Pompeo’s harshest words were reserved for Julian Assange, calling the WikiLeaks founder a “narcissist” and “a fraud — a coward hiding behind a screen.”

Both of these individuals have incredible power in the US government and seek to destroy Assange.  The current CIA director, Gina Haspel is also known for her torture techniques in the past as seen here

Newly released declassified documents prove once and for all that CIA Director Gina Haspel oversaw torture in Thailand, which the chairman of the Senate Intelligence Committee knew all along, as Ray McGovern explains.

President Trump gave Jeff Sessions the go ahead regarding the arrest of Julian Assange as well as seen here.

The US President performed a U-turn saying “it’s ok with me” if Julian Assange is arrested after praising WikiLeaks during his election campaign.

Add to all this the fact that Trump’s state department coerced the country of Ecuador into silencing Assange on March 28th as well as putting his asylum in danger and you have a detailed scenario of what will happen to the creator of Wikileaks.  There is no question that the safest place for Julian is any where other than the United States of America.

Please write to President Trump about this tragedy at

or call him at

Another suggestion is to reach out to the Prime Minister of the United Kingdom, Theresa May at

You can also call at