In researching PsyOps used by the federal government, I found that many have no clue what they are, let alone what their mission is.  First of all, the definition of PsyOp (which literally stands for psychological operation or psychological warfare), is basically a way to influence someone else’s behavior, emotions, thought processes and objective reasoning.  In other words, they use information they have collected on the human mind to influence the way a person feels about certain things.  First used in military operations, the government discovered it could be used to influence the general populations behavior and how they feel.  There are 3 different types of pysops but this article is about the use of Gray Ops, or the Pied Piper strategy commonly used in social media such as television, the news and the internet. The propaganda used to influence the populace during an election period to vote for a candidate is a good example of a psyop.

Here is an excerpt from my article How Intelligence Agencies Undermine Support for Whistleblowers and Publishers :

First,  I have included a copy of part of the strategy used by First of America in 2010 and the following intel agencies ( Palantir Technology, HBGary & Berico Holdings) in hopes of destroying Wikileaks. As you know, this strategy didn’t work. 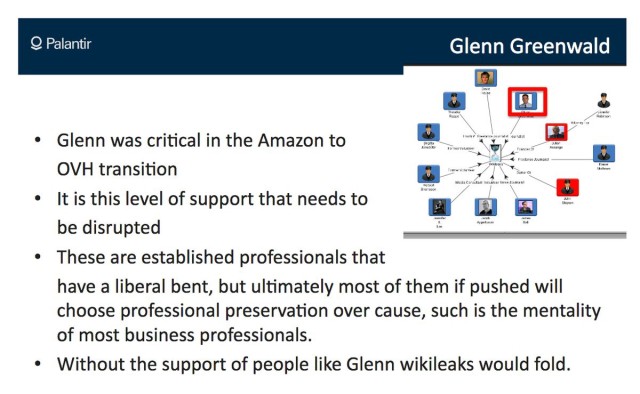 Intelligence Agencies across the world have used technology and their vast ability to collect information on the human psyche in order to better achieve their goal of world domination.  By using techniques,  they are able to manipulate the average citizen into believing nearly anything they choose.  It’s simply a form of brainwashing used on a higher level.

By first establishing an audience that begins to believe in what they are releasing, even using actual facts at first, they begin to make people believe their Pied Piper scheme.  They will naturally lead their followers to believe they are on their side with statements that shows support of the followers opinions and beliefs.  Once a large following has been put into place, they begin to drop statements that will begin to undermine support of people like Edward Snowden, KimDotCom, Wikileaks, Julian Assange and others.

A government Operative will never be targeted by intelligence agencies unlike truth tellers like Wikileaks and Julian Assange.  Their will be no false allegations from the governments.  Supporters will be left alone.  People who back the govt op will never be marked as criminal or face jail time. You will never see an FBI investigation or CIA going after them as whistleblowers even though they may release truth. They will make you believe you are getting hidden facts and that you are “in the know” of what is really going on, when in fact, they never really gave you anything to begin with but “clues”.

A pied piper strategy is very similar to the old story. By misleading others into believing they are on their side and infiltrating as a supporter of a cause such as #FreeAssange or #DrainTheSwamp or #Resist, they are able to establish a base with other supporters.  By making them believe they are fighting for the same objective they win faith in themselves.  Once established they begin to slowly mislead these supporters through lies and the mischief they cause which undermines support for the cause which they have chosen to destroy.

According to wikipedia: (link source)

The source of the gray PSYOP product is deliberately ambiguous.

The true source (U.S. Government) is not revealed to the target audience. The activity engaged in plausibly appears to emanate from a non-official American source, or an indigenous, non-hostile source, or there may be no attribution.

Gray is that information whose content is such that the effect will be increased if the hand of the U.S. Government and in some cases any American participation are not revealed. It is simply a means for the U.S. to present viewpoints which are in the interest of U.S. foreign policy, but which will be acceptable or more acceptable to the intended target audience than will an official government statement.[5][dead link]

PSYOP can encourage popular discontent with the opposition’s leadership and by combining persuasion with a credible threat, degrade an adversary’s ability to conduct or sustain military operations. They can also disrupt, confuse, and protract the adversary’s decision-making process, undermining command and control.[1] When properly employed, PSYOP have the potential to save the lives of friendly or enemy forces by reducing the adversary’s will to fight. By lowering the adversary’s morale and then its efficiency, PSYOP can also discourage aggressive actions by creating disaffection within their ranks, ultimately leading to surrender.”

When you reduce supporters willingness to fight by disrupting, confusing and controlling the thoughts of these individuals, they undermine the support for the causes in which they want to destroy.

Another way to reduce support is to use “Divide and Conquer” against supporters,  THe PsyOp would look for a belief that will separate supporters into two groups and thus weaken the force of that support.  This technique is being used currently against Julian Assange supporters through political bias.

The true victims of psychological operations are the movement itself as well as the followers of that movement.  Just remember:

Information from this possible operative will rarely be directly misleading but will use suggestive ideas.

The Truth Will Set You Free

One thought on “What Is a Government Gray Op PsyOp?”