First of all, if you are a true supporter of either of these, you know better than to believe MSM because they spread fake news daily.  Second of all, a true supporter doesn’t turn their back when the going gets tough.  Third of all, well, just listen to me…

On October 17th, 2016 Ecuador shut off Julian’s internet due to his Hillary’s releases because they felt he was interfering in the election.  He had no electronic devices left to him to communicate with anyone.  Here is an article stating exactly that: ecuador cuts Julian’s Assanges internet  His internet was not reinstated until after Trump took office in January.  The DM’s in the Atlantic’s article are not Julian.  They don’t even resemble the way Julian writes or talks.  I personally think they are made up and fake. 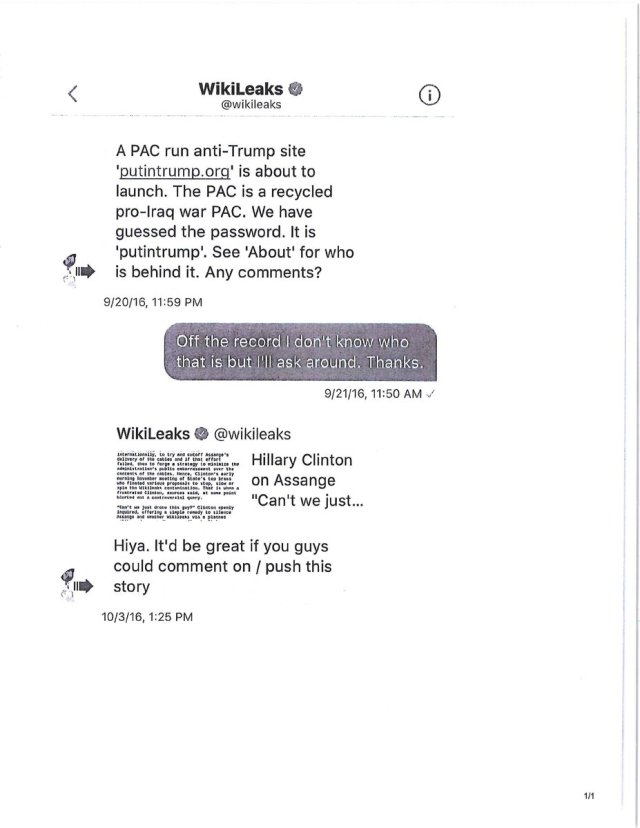 Donald Trump Jr. released all correspondence with Wikileaks and all are dated  AFTER Trump took office.  Even if Julian would have collaborated with Trump in the election, so what?  He exposed a vicious criminal and her corruption. There is nothing wrong with fighting to keep someone like that out of office.  After all, the women wanted him droned!  However, there is absolutely no proof that he did. 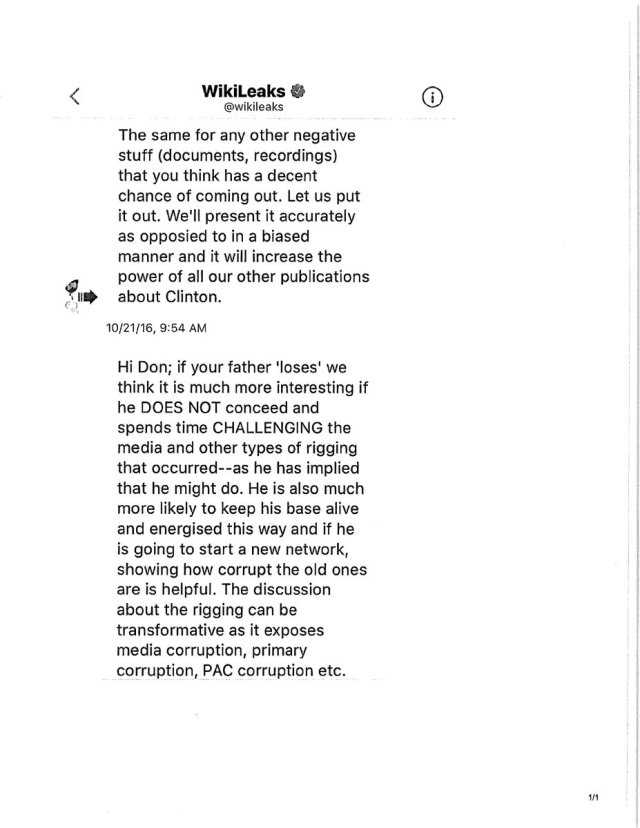 Had the Atlantic verified their sources and looked back for information on the dates that they used they would know this was impossible. Check Mate! 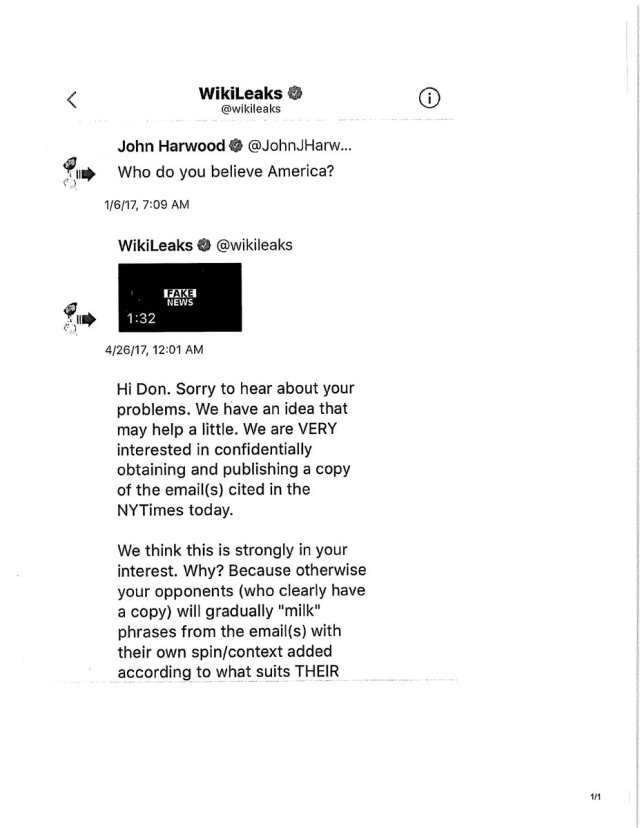