Between the trolls screaming and the media lying, it is time someone steps up and tells the truth. I will send you to various links to prove what I am saying is true to demonstrate to you why all of the latest garbage online is bogus and is meant to discredit WikiLeaks and Julian Assange.  Many of the accusations are so far off I cannot believe anyone would even believe them.  I have written about the plight of Julian Assange before so we won’t go into the terrible details of his detainment here but you can read that at The Inhumanity of Julian Assange’s Detainment

Let’s start with the latest smear out there about Julian colluding with Donald Trump Jr. before the election.  This is nothing but a smear campaign against Trump as well as Julian.  Haven’t people ever heard of fake news before? The only time Julian reached out to Donald Trump Jr was here and this was well after the election. 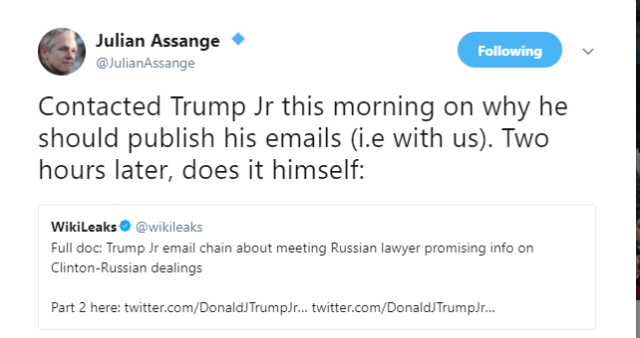 Julian has a great deal of integrity and if you don’t know what that is I am about to give you the definition. Dictionary.com states:

I am going to repeat a statement that I think is very important regarding both Wikileaks and Assange.   In 11 years of existence, they have never had to retract a story and have won every court case disputing their documentation.  Find another publisher who can say that. All there received material is verified and scrutinized.  Their methods can be found here. WikiLeaks Verification and the Current Smear Campaign as well as on their site wikileaks.org

Another smear has been that they are a Russian disinformation agency. Another unbelievable attempt at damaging their perfect reputation.  If they were Russia’s puppet why do they publish documents exposing them? Here is the link for that. wikileaks Russian files

The final thing I want to speak to you about is people who insist that Julian is a rapist.  This is an awful, slanderous name to call an innocent man.  I am just going to refer you to two links and will write an entire article on proof that he isn’t.  This is an issue dear to my heart, and it angers me when people look past facts to discredit a man who is so honest and trustworthy. Here are the links: iamwikileaks.org and justice4assange.com To add to this I would like to remind people that allegations were dropped in May after Assange and his lawyers met with Sweden and Julian was allowed to put forth his statement. Also, recently, it has come out that the UK and Sweden were deleting emails and import documents regarding his case. In fact, there was a court hearing started today in regards to the deletions.

The allegations mind you were never charges and Julian has been detained illegally against 2 UN rulings about violating his rights for over 7 years because the US wants to extradite him.  There is no reason for the UK to arrest him now without a court case impending unless it is to send him here where he will be held indefinitely under the NDAA act of 2011.

If you have any questions regarding any smear campaigns and if the articles are true please feel free to contact me at angelfoxmedia@gmail.com  I will be happy to answer your questions. Thank you. 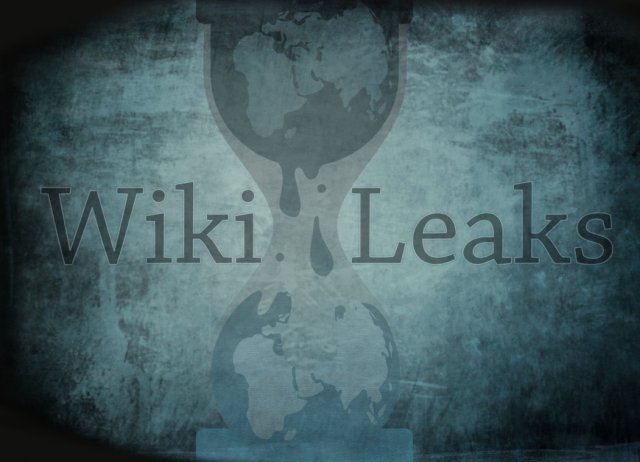