The implications and possible outcome if this act is put into law are devastating towards journalism and the right to “free press” and free speech to international media outlets due it’s inclusion of the “Pompeo Doctrine”.  This act if it becomWikileaks a hostile spy organization which in fact it is not.  Wikileaks simply publishes the documents given to them.  Julian Assange is an editor, not a spy.  He simply has exposed government corruption, war crimes and the misuse of power.  This is not the organization being hostile as it has exposed other governments lies and criminal activity.

I have said before, persecuting or prosecuting Wikileaks is in violation of the First Amendment and it should not matter if you are not a citizen.  Freedom of speech is an international human right, not just inclusive to the United States citizens.  By declaring this organization hostile, the forseeable future is that no one will be feel they can whistleblow on government activities.  It will limit the press’s ability to publish and journalists abilities to report.  This is a crime, not protection. 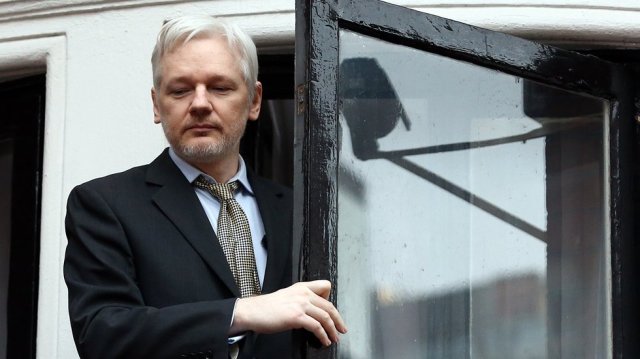 The Pompeo Doctrine is a dangerous world view. It limits the public’s rights to information that they should know and in essence may as well have come straight out of the book 1984.  Wyden the only Senator to disagree with this bill stated the following:

Wyden was also quoted as saying, “The language in the bill suggesting that the U.S. government has some unstated course of action against ‘non-state hostile intelligence services’ is equally troubling.”

I agree with this statement.  30 years ago the CIA tried to state the same thing about media organizations in an attempt to quell free speech rights.  If one declares Wikileaks as hostile then shouldn’t all media outlets be deemed as such?   After all, Wikileaks has never had to retract a story in it’s ten year existence and oftentimes, other media outlets have had to.

The Intel Authorization Act of 2017 is an attempt to remove our First Amendment Rights under the United States Constitution and therefore is an illegal attempt to make censorship a law.  Contact your Senators and Representatives today.

You can find that information here by clicking on the link below:

or you can write a letter via snail mail

or you can email him at the below link

Please write and let them know how you feel today.