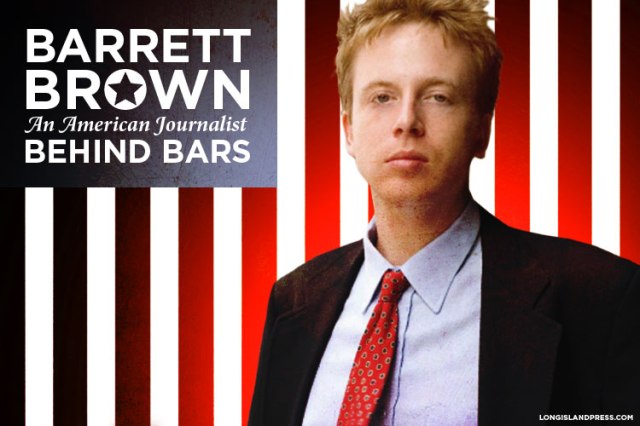 Everyone you talk to knows the name Julian Assange or Wikileaks but have you heard the story of Barrett Brown?  Barrett is a journalist from the United States who founded Project PM, which is a crowd sourced investigation into the cyber industrial complex.  He also writes a column for the Intercept even while he was incarcerated. Brown was jailed for charges related to the 2011 Stratfor Attack. His case has been so underreported that in fact little to nothing is known by the general public in his defense.

Barrett was known for having ties to Anonymous and writing about Anonymous’s potential and activities. Brown’s case is a good reminder of the considerable risk faced by reporters who report on leaks.

Barrett was incarcerated from 2012 until his release in November of 2016 . He is now required to pay the hefty sum of 900,000 dollars to the US government. He was taken back into custody in April of 2017 and held on unknown charges for four days. When released he was held on house arrest. Despite pressure from the government to not give any interviews, he gave one to Democracy Now.

In 2017, lawyers for donors to Brown’s legal fund filed suit[72] against Assistant United States Attorney Candina Heath for filing a subpoena against WePay that resulted in divulgence of their identities. The lawyers argued that the irrelevance of donor information to the case against Brown and the provision of the information directly to Special Agent Robert Smith of the Federal Bureau of Investigation rather than to the prosecutor or judge in the trial led to donors’ belief that the information was intended to surveil and harass the donors for activity protected by the U.S. constitution, and filed for destruction of the data and monetary damages.

Still the persecution of Barrett Brown goes on and on. Including subpoenas to the Intercept and subpoenaing names of donors. Does this sound familiar? Wikileaks Julian Assange’s statement on Mr Brown can be found here:Julian’s Wikileaks statement

We need to stand up for individuals like Barrett Brown and other journalists who report on leaks. Whether they are given to them by whistleblowers or not, freedom of press and speech is violated every time they jail one of these truth tellers. Next, the government will go after us, those who support these journalists… 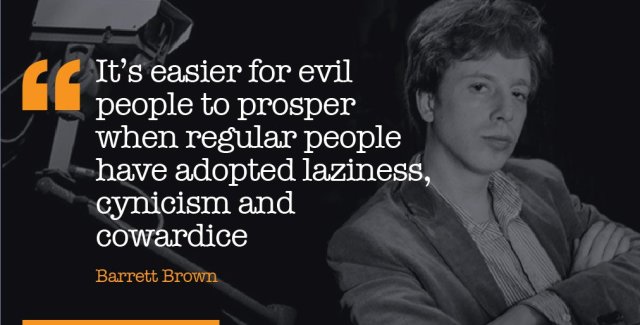