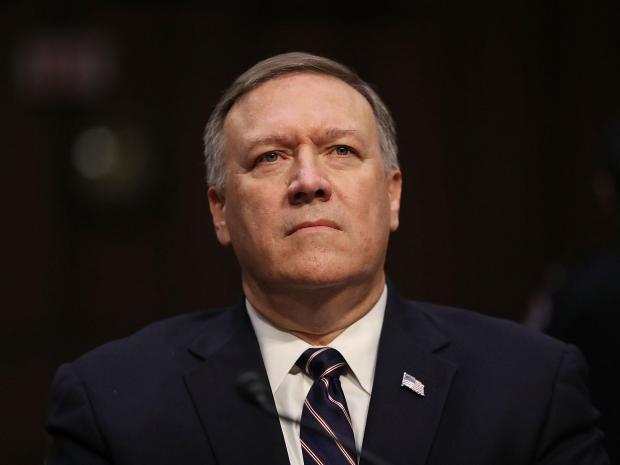 According to MSNBC, CIA director Pompeo’s opinion of Wikileaks has evolved but I don’t consider it evolution.  It’s more like caving under pressure.  Before the election in 2016, Pompeo, CNN reported the following in April of this year. (Possibly one of the few truth’s CNN as ever released.)

Pompeo’s comments immediately drew attention to a tweet from July 2016 in which he linked to the WikiLeaks document dump of emails from the Democratic National Committee. Critics used the tweet to call out Pompeo for his dramatic reversal on WikiLeaks.

When Pompeo was asked about the tweet at his confirmation hearing in January, he said he never viewed WikiLeaks as a “credible source of information.”

Pompeo, however, repeatedly cited the group to attack Hillary Clinton during the campaign, a CNN KFile review of his tweets and media appearances shows.

Pompeo even said that the release of information to Wikileaks by Russia was nonsense and stuck up for them.  He has however turned full circle which makes me believe that the recent release of Vault 7 on the CIA has influenced him as well as the Deep State.  His recent quote shows how he has betrayed his own words.

“WikiLeaks will take down America any way they can,” he said. “I don’t love WikiLeaks.”

My own comment on this revelation on Julian Assange’s twitter feed is truth as I said, “For an organization like Wikileaks to take down the strongest government in the world the staff must be super human.”  I have never believed that Julian and his staff ever wanted to destroy America or “take it down”.  Instead, I think their mission and goal has always been to expose corruption and the lies told to us by our own governments.  The reason it appears that he targets America is because the US government has more to hide than other country in the world, and so, because of this, there is more to leak.Also, leaks from countries like China or Russia get leakers killed.  Most whistleblowers would never even get the information out of the country, let alone to Wikileaks.

Pompeo has also referred to Wikileaks as a hostile intelligence service, but  in June 2016 during the campaign, when Pompeo was a Republican House lawmaker from Kansas, he tweeted a link to hacked documents obtained by WikiLeaks of emails from the Democratic National Committee. So does that make him an accessory to this hostile organization?

It truly amazes me how fast these officials can turn tail in the face of their adversaries and cover their own butts.  Julian Assange and Wikileaks have done nothing but exercise their right to free press and shown the world the evils of a government that has grown too big for it’s own britches.  If it were not for the email releases on the DNC and John Podesta, America would be in the clutches of one of the worst criminals in political history, Hillary Clinton.

Rather than being a hostile informant, a cyber terrorist or any of the other incriminating titles the media and others have used to describe Assange, I deem a hero. Not many men would risk their lives for even a friend, but he has put his life on the line for those who he does not know and even for those who hate him.  Enemy? I think not, more like courageous, daring, gallant and fearless. Perhaps a better title would be Information Warrior. He is literally a symbol of truth and justice and for that we should thank him.