In recent days, an imposter has opened an identical Julian Assange account and has been using it to spread fake news. (See examples below) He has hit numerous MSM accounts, polilticians, the President and even has posted on the real Julian’s twitter page. His name? @Real_Assange The problem with this is that he has literally duplicated @JulianAssange ‘s twitter account. (This is the real Assange as verified by wikileaks). 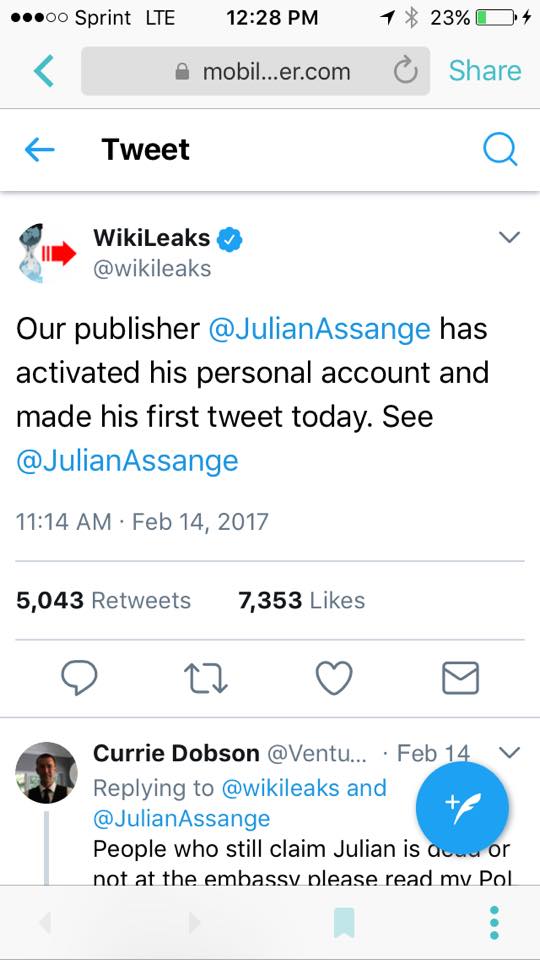 There would be a simple solution if Julian could verify his account but unfortunately, the UK still has his ID and it is literally impossible for Julian to get a new one stuck in the Embassy. Wikileaks and Assange have been trying to verify this account since last October according to a tweet from Julian in March.  Twitter refuses to verify even though the verified @wikileaks vouches for him.

The worst part of this is the actual Julian Assange is having trouble amassing followers because he can’t verify his account.  Perhaps, if we could get twitter to acknowledge there is a problem, something could be done?  I am posting #verifyAssange in order to try to get it trending and also have written to twitter support several times on this issue. Can you help by doing so also?