I decided to go ahead and watch it regardless of the reviews as most reviews are inaccurate and biased. Of course, my opinion of Assange is biased in nature because I support what he is doing.  This documentary gives you a real inside look at the goings on behind the scenes. It shows a side of Julian most of us don’t see in his interviews.  I recommend you watch it and give it 4 stars. Not five because it really doesn’t review all of Julian but does a good job on his view points.

The only part of this documentary I didn’t like was the commentary, negative and dumb.

The one thing that becomes evident before Julian enters asylum at the Ecuadorian Embassy is that he really had no choice in the matter. The United States was definitely going to extradite him and charge him at that point as Obama was in office and Hillary was screaming for his arrest.  Assange was in danger and probably still is of what could be done to him once extradited.

By watching this film to it’s conclusion, I have only found myself supporting wikileaks all the more. Yes, you realize Assange is a bit different, eccentric even but that can be said of anyone with his IQ.  You feel sorry for his plight and the plight of other wikileaks staff.

The other thing I came to the realization of is that Julian will continue to open governments and publish leaks regardless of what they try to do to him. He knows his life is in danger because of his cause and intends to fulfill his promises regardless.  To stand behind one’s own ideas is one thing, to stand up in the face of possible martyrdom is a whole other ball game.

From this, I have concluded that Julian should be held in great esteem. This movie is a much watch if you are supporter. It will revitalize your hopes that one day we can #FreeAssange. 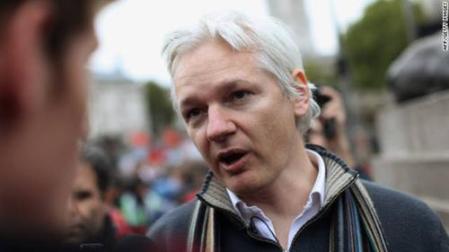 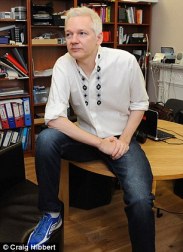 One thought on “Review of Risk: The Julian Assange Documentary”