Ghosts and Spirits in the Bible 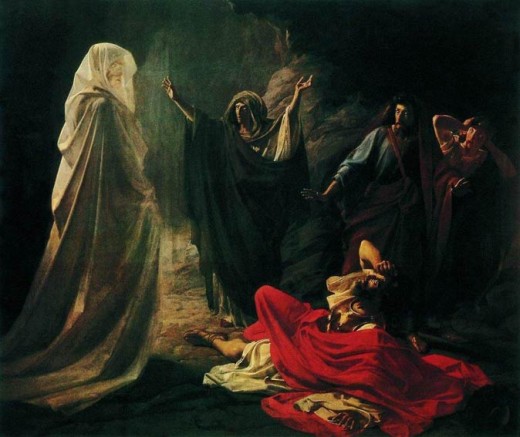 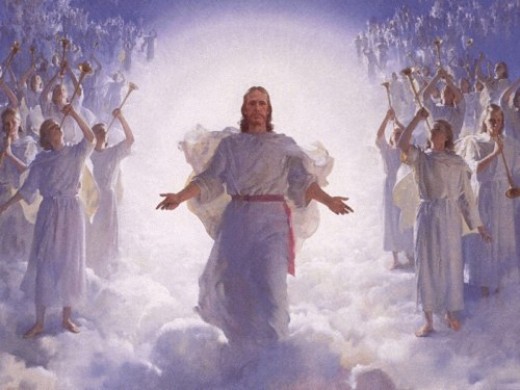 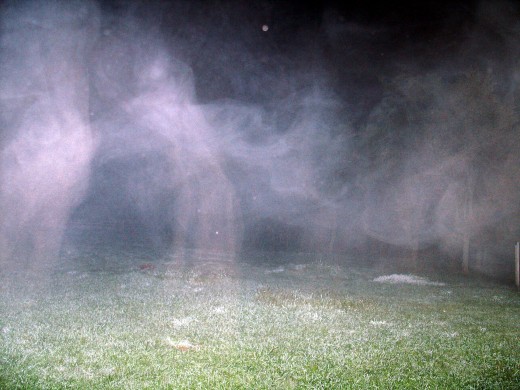 Are their Ghosts and Spirits in the Bible?

Ghosts and Spirits in the Bible…. Makes me go hmmm, so I decided to start looking through the Word of God. The story of Saul and the witch of Endor made me shudder. I have heard of people who could talk to the dead and I didn’t believe it. The truth is however, if they are doing it is evil and sinful, but this story proves their were dead spirits in the Bible.

A lot of people will argue with you that there is no mention of such a thing in the Bible but there is. Back in the days of Moses, God gave him the commandment to stay away from sorcery and witchcraft. During that time, they were the people who summoned the spirits of dead people and it was a sin. In fact, if you were caught, they killed you. I want to share two stories I found in the Bible about the spirits of the dead.

3Now Samuel was dead, and all Israel had lamented him, and buried him in Ramah, even in his own city. And Saul had put away those that had familiar spirits, and the wizards, out of the land.

5And when Saul saw the host of the Philistines, he was afraid, and his heart greatly trembled.

6And when Saul enquired of the LORD, the LORD answered him not, neither by dreams, nor by Urim, nor by prophets.

8And Saul disguised himself, and put on other raiment, and he went, and two men with him, and they came to the woman by night: and he said, I pray thee, divine unto me by the familiar spirit, and bring me him up, whom I shall name unto thee.

9And the woman said unto him, Behold, thou knowest what Saul hath done, how he hath cut off those that have familiar spirits, and the wizards, out of the land: wherefore then layest thou a snare for my life, to cause me to die?

10And Saul sware to her by the LORD, saying, As the LORD liveth, there shall no punishment happen to thee for this thing.

11Then said the woman, Whom shall I bring up unto thee? And he said, Bring me up Samuel.

12And when the woman saw Samuel, she cried with a loud voice: and the woman spake to Saul, saying, Why hast thou deceived me? for thou art Saul.

13And the king said unto her, Be not afraid: for what sawest thou? And the woman said unto Saul, I saw gods ascending out of the earth.

14And he said unto her, What form is he of? And she said, An old man cometh up; and he is covered with a mantle. And Saul perceived that it was Samuel, and he stooped with his face to the ground, and bowed himself.

15And Samuel said to Saul, Why hast thou disquieted me, to bring me up? And Saul answered, I am sore distressed; for the Philistines make war against me, and God is departed from me, and answereth me no more, neither by prophets, nor by dreams: therefore I have called thee, that thou mayest make known unto me what I shall do.

16Then said Samuel, Wherefore then dost thou ask of me, seeing the LORD is departed from thee, and is become thine enemy?

17And the LORD hath done to him, as he spake by me: for the LORD hath rent the kingdom out of thine hand, and given it to thy neighbour, even to David:

18Because thou obeyedst not the voice of the LORD, nor executedst his fierce wrath upon Amalek, therefore hath the LORD done this thing unto thee this day.

20Then Saul fell straightway all along on the earth, and was sore afraid, because of the words of Samuel: and there was no strength in him; for he had eaten no bread all the day, nor all the night.

If you read on, Saul died because of this and the Philistines conquered Saul and Jerusalem. Afterwards, David became the king of Israel.

Praying about this, it was called to my memory the story of the people who died before Jesus coming up from being asleep in their graves and walking in Jerusalem. After killing Jesus on the cross, I bet those Jews were shaking in their shoes. Imagine seeing dead people right afterwards….

Matthew 27:52The tombs broke open and the bodies of many holy people who had died were raised to life. 53They came out of the tombs, and after Jesus’ resurrection they went into the holy city and appeared to many people.

When Jesus died for our sins and was crucified, he conquered death. All that had been asleep waiting for the Messiah were then able to be released from the chains of death and walked this earth until his resurrection when they went with Him. This raises the question of the ghosts we see today. Are they spirits who wonder the earth until the judgement? Are they ghosts who died so suddenly they didn’t even know they died? Are they sinners bound until judgement day who haven’t received Christ? There is no answer to this question.

There are other spirits mentioned in the Bible, both good and bad. Angels are mentioned and so are demons. In fact, Jesus’ himself cast out many demons in the first four books of the Bible. But Angels and Demons are a subject that needs to be covered in a whole number hub and perhaps a book.

If there was no such things as spirits, I truly believe the Bible would tell us so. The Spirit that always comes to mind for me is the HOLY SPIRIT of God. Without him, I would be lost. He is always present to help me.

So that answers our questions doesn’t it or does it? So, the saints went to heaven with Jesus, but what about now? What about the stories you hear? Have you had an experience with a ghost? The Bible isn’t clear on it. Are these really dead people? Are they echoes from the past? Are they demons? I wish I had an answer for you. I don’t so I will let you decide.