The Death of the Apostles and What it Means to Christianity 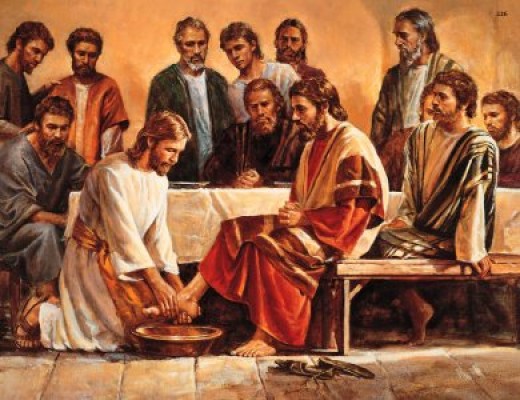 How Did the Apostles Die? What does it mean to us?

Many times people forget that the Apostles not only served Jesus Christ and started the Church but they were martyred as well. They were beaten and persecuted and made fun of before their deaths and yet, they kept preaching the Word of God and Christ resurrected. I’ve been asked how each one died on several occasions so I thought I would write about it and my perspective on each death.

We will start with Matthew since he wrote the first book of the New Testament. There was much more to Matthew then just the book He wrote. He was a follower of Christ when being a Christian wasn’t so cool. The leaders of the Jews sought to slay each disciple of Christ for fear they would lose their place in society. After all, did they not crucify our Lord? It was not easy for the disciples of Christ when they were with Him but at least they had our Lord near their side.

Matthew started out his life as tax collector. Being a tax collector in that day meant two things. You knew how to count money and you were hated for collecting it, so Matthew was no stranger to the hatred of others. Another name for Matthew was Levi because that was the tribe of Israel he came from. No one knows his exact age when he became a disciple of our Lord. He was also a witness to the Ascension of Jesus.

After preaching the gospel of Christ, Matthew was slayed with a sword. There isn’t a lot of information on how or why this happened.

Next we look at Mark. Often Mark was known as John Mark in the Bible. He is responsible for writing the Gospel of Mark. He died a martyr as well. Mark was dragged through the city of Alexandria. Imagine dying that way. Now that you’ve thought about that, think about doing it for Jesus. How many of us would deny Christ rather than be dragged through the street until we died?

Luke was a physician. He took care of people before he met and followed Christ. It is thought that not only did he write the Gospel of Luke but may have written the Acts of the Apostles. Luke is rarely mentioned in the New Testament but was martyred in Greece by being hung from an Olive Tree.

John the Apostle is the only disciple of Christ that is believed to die of old age. However, he was boiled in a cauldron of oil and sent to the isle of Patmos, an island full of prisoners. It was there, he had the vision leading to the writing of Revelations. John was also called Beloved by Jesus.

We could spend a whole book writing about Peter. He was an interesting character to say the least and is known as the cornerstone of the Church. Before he received the Holy Spirit however, Peter was known to be stubborn and easily distracted. He was the only disciple to walk on water. He also denied Christ three times at the time of His Crucifixion. Peter was crucified upside down which would be a horrible death.

James was beheaded by order of King Herod. He is the only Apostle whose death is recorded in the New Testament, other than Stephen. He was also known as James the Greater according to the Catholic Church. He was also considered one of the “Sons of Thunder”.

James the Lesser was thrown from the pinnacle of the Temple Wall and was then beaten to death with a club.

The Apostle Andrew was bound to a wooden cross and preached the gospel until the hour of his death.

Doubting Thomas as he was called because he would not believe that Christ had risen until he put his hands in his wounds was killed with a lance preaching the gospel in the East Indies.

Jude was shot with arrows until he died.

Matthias was first stoned and when that did not kill him, he was beheaded.

Our beloved Paul, who once persecuted the first church, was tortured on various occasions, chained up, beaten and finally, Emperor Nero demanded he be beheaded.

Now that I have shared these stories, let’s take a closer look at what this means to us now. Had any one of these Apostles denied Christ and refused to preach His gospel, where would be today? Would it even exist? Many more martyrs were killed due to their faith, but what if the Apostles on seeing what happened to Jesus had said, “Enough of this! I’m not going to die for this.”

What if Paul and Peter had made up their minds that they were just going to go about their business rather than take a chance? What if? Few would follow in their footsteps today and die for their faith. Perhaps, we need to take a close look at the Apostles and their examples and then look at ourselves in the mirror…

Would you die for Christ?

One thought on “Death of the Apostles”